Draft 10/22: Keys to the game vs Maryland w/ Soaring to Glory 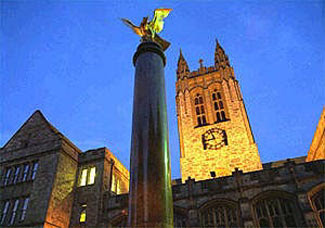 Eagle Fans today we are proud to tell you that we have Soaring to Glory today with us today to help find what it will take the Eagles to get the W on Saturday over the Maryland Terrapins!
Soaring to Glory, you're the guest so you get first pick.
and Thanks for making time to discuss these Keys!

1SoaringtoGlory) Offensive line, Wake the hell up
When you go from having one of the best offensive lines in the nation (and being informally known as O Line U) to having one of the worst, you tend to take notice. Their flimsy play this year is inexplaicable, especially considering one of the linemen is/was a highly-touted NFL prospect. Whatever the case may be, this offense will never, ever get off the ground this season if these guys don't step it up. They held up OK against FSU but we need to see more.

2BCDraft) Where art thou Full back ?

STG, great call on your first pick, COMPLETELY agree that it starts and ends with the line play, not sure if it is just all the changes in systems, loss of Tennant or something else, but where we thought we were strong seems to be a position of flux.
Kind of what brings us to our second draft choice, Utilize the full back. I want to see lead blocks, chip blocks, and even a carry or two wouldn't hurt my feelings at all. We have had this pick in past drafts, but I really don't understand why this position seems to be a point of nonexistance this year as I believe we have talent.

3STG) Gary Tranquill, wake the hell up
Our septuagenarian offensive coordinator, for the most part, has called very conservative games. His offense is moribund and lifeless, and few adjustments are being made. A few weeks ago, we had a VT player essentially telling the media that our offense is easily predictable. He's right; that's on you, Gary. There's something to be said for simplifying the gameplan, but I don't think that means condensing it to a couple of plays in the same sequence over and over again. BC needs to get way more unpredictable.

It's going to be a battle of the Freshman Quarterbacks at Boston College on Saturday but I feel that Rettig is the better one. We want to steal a page out of the playbooks from our previous opponents and load the box, stop the run and dare Maryland to win it on the arm of #5. O'Brien has averaged just over 50 percent completion rating and threw 3 picks last week at Clemson, a repeat performance like that could mean an Eagles win

5STG) Defense Keeping up the pass rush
We actually saw signs of a fairly good pass rush last weekend at Florida State. That was absent last year and for a good portion of this year, but we need it now more than ever. When BC has an effective pass rush, as we just witnessed, the entire defense becomes better. Maryland's offense isn't as bad as BC's, but it's far from elite. If the D can limit them in the air, assuming they do their normal good work on the ground, the Eagles can hold Maryland to a low score, giving our pathetic offense a chance to come through.

6BCD) Rettig Passing the ball more than 30 times
Haha, I know what you guys are saying. 30 times!!! He has barely thrown over that in his short college career at Boston College (34) The thought here is that BC has to take the full attention off of the run. Obviously he will have to complete a good amount of them, but Maryland's Pass Defense has shown to be porous, the game is at BC and truthfully to obtain more wins, we will have to have some threat of a pass..perfect storm for Rettig to air it out.. It only seems like yesterday when I was complaining we were having Matty Ryan throw for 50+ times a game.

7STG)Special teams, don't quit on me now
We didn't quite see it in the punting last week (though Quigley gets a pass for being very good overall), but this team needs to win the special teams battles. Nate Freese seems to be as automatic of a kicker as we've had in a while, and Ryan Quigley's punts have been largely quite good, but BC's return game needs to get a whole lot better, as do the kickoffs. BC is now 110th in FBS in punt return yards (just over 4 yards per PR), which hurts BC in the field position battle, and we know this offense could use all the yardage they can get.

8BCD)Stretch the field/ Establish a deep threat
BC is averaging 5.9 yards per reception, and this is without mentioning the completion average. It goes without saying that BC needs to show that they can throw the deep ball. It seems that BC misses Larmond's ability more than anticipated, as he was definitely the option on for stretching the field in 2009. But 5.9 average per reception doesn't give the Eagles many opportunities to win, we've gotta push the ball down field and force Maryland keep us honest.

9STG) Catch the ball already
I think this is an OK, not great group of WRs, but it seems like they aren't doing enough. BC bloggers have lamented how they're not getting open and are suffering from drops. There's no telling if this situation will be remedied any time soon, but it'd be nice, wouldn't it?

I think it would go without saying that Noel played great last week, even through a tough loss he made some great plays playing for a suspended Legrande. Well he played so well he got the starting nod this week at home against the Terps. Well here you go Jim, show us all why you should keep the starting job permanently. I think strong play by Noel could be the difference maker on Saturday.