Well Eagles fans.. if close or moral victories counted, we would write this one down as a W, but neither have a counter in the record books. and as much as we would rather do best of the best, here goes another week of worst of the worst.

1M) Getting sucked into believing

It's one thing to lose it's another to believe you're going to pull the upset and manage to lose. Just too much heartbreak this season.

2W) Montel getting so close

And only putting 3 on the board twice Montel.. He will more than likely 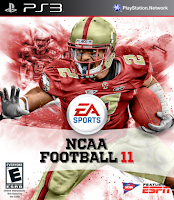 leave Boston College as the yards leader, the carries leader, and a leader in tons of other areas for BC. He has ninja like moves, great patience, and always falls forward. All great traits.One thing Montel doesn't have is insane breakaway speed He has good breakaway speed, but on occasion he has been caught from behind. Well that happened on two long gains against FSU.. and it hurt. And not to completely fault Montel, they were great runs, he just couldn't outrun the FSU secondary. But also to blame is the rest of the staff by getting that close and not being able to capitalize on it by putting up 7.

Yes, there were two big successful runs up the middle in the first half but the calling of continuous dives on 1st down 95% of the time and dives on 2nd down 80% of the time leaving Chase in 3rd and long situations 85% of the time simply wasn't a formula for success.

Mike, couldn't agree more.. the playcalling was so much worse than just being conservative. It seemed on several plays the line held the Defensive push back and Freshman Quarterback Rettig was able to progress through all of his options, just to see that absolutely nobody could get open. I've got to think that Florida State's Defensive Backs are good.. But can't imagine them to prevent that many passes from happening. The WR's just couldn't seem to get away from coverage. 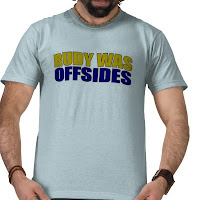 I believe it was Edebali who was offsides on the 1st Noel pick-6 that was called back. As luck would have it, he got another one anyway but it was just so terribly deflating to have a great play like that called back on a bonehead mistake.

Mike I about threw my beer bottle across the room on that play.. it hurt, and none of us could foresee the 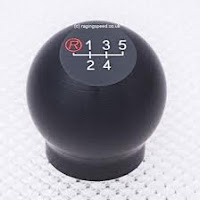 future to see that Noel would get another pick six, and that this was just a warm up for the real one. I hated this play for several reasons. 1) our D had done a good job to stop the run, and this really put the game just outside of reach And 2) it was the exact call that BC needed to put into motion. I understand BC trying to win with the running game, but Dive Left and Right over and over isn't necessarily the best call, some times you need to pull someone wide. So this play aggravated me thoroughly

Before I say anything, let me say that Quigs was one of our best assets last week vs. FSU. He had some truly terrific punts that put FSU way back in their territory. However, to be fair he also shanked a few. If we did the top plays (boy do I miss doing top plays) he would have wound up there as well, but he had several costly bad kicks this week to go along with the great ones.

Ok this one is becoming like a broken record. Florida State did a great job of stuffing the middle and adjusting to our run first thoughts, we made none. Actually maybe my biggest complaint was there were no real adjustments at all , esp on offense. Did Tranqs just email… err scratch that Carrier Pigeon this one in, as he sipped pourage out on the cape? It seemed that the entire game offensively was scripted. 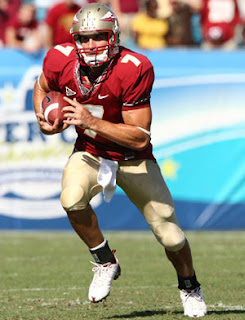 Great call, Wesley...there really seemed to be zero adjustments, you're right.
Sadly, this didn't happen just once, but as we called out in our Keys to the Game, pressuring Ponder doesn't do a damn bit of good if you lose contain, as he's very good at picking up yards on his own using his feet or throwing on the run and waiting for coverage to break down--which again, sadly he did several times.

I was happy to see us bringing pressure, but it had to be up the middle with contain...which we just didn't do a very good job of. Give credit to Ponder for being able to make those throws on the move and in traffic, but it's not like we should have been taken by surprise by that which it seemed like we were all too often.

Now let me preface this, if you have read this blog long at all..my least favorite thing to blame anything on is the refs, unless its just outright stupid.. And I am not going to say this would have let BC win, or the Refs were biased or anything like that. Butttttt. 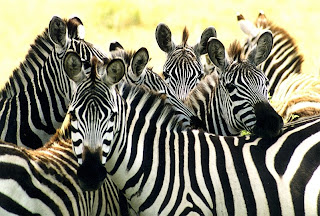 All I want to do is form a point that FSU had great coverage on our WR's cause they were there WAY before a ball was in the air.. Especially on Pantale.. Now BC was seen doing VERY similar things, and Pass Interference was called.. Now I like the old saying for refs/umps.. "I don't care too much what the strike zone is, just have it be the same strike zone for both teams" Whether the refs saw it or not, I will never know.. but it was beyond irritating to watch this happen repeatedly.