BCDraft SPECIAL: Interview with Steve Conroy of the Boston Herald

While we’ll still go forward with our “Draft” format, we’ll also occasionally do interviews at the timing is right and the opportunity arises. This week, we’re very excited to be joined by one of our very favorite Boston College sports writers, Mr. Steve Conroy of the Boston Herald.

BCDraft: Steve, thanks so much for joining us.

Steve Conroy: Glad to be here.

BCD: You’ve been covering Boston College football for quite some time now, and have seen a lot of names and jersey numbers pass through The Heights. For your money, who was the best player you watched play on offense and defense for the Eagles?

SC: I've only been covering BC football since 2005, so my 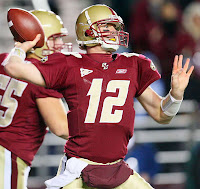 answers are pretty easy on that front -- Matt Ryan and Mark Herzlich. I've been watching BC football most of my life and Doug Flutie might have been the most exciting college player I've seen, never mind BC player. Herzlich, meanwhile, is probably the best player I've ever seen on a BC defense.

BCD: Steve, I’m a huge BC fan who has moved around quite a bit. The one true constant that I’ve seen outside of New England is that other areas genuinely support the local team. In Boston, this just has never been the case with BC. Generally speaking, I’d hazard a guess than 80% plus of the fans at Alumni Stadium have a direct connection with BC, while in other area of the country that number is drastically lower (if I had to guess at UGA, perhaps 25% at most). Why is it that you think that BC has had such a hard time courting non-BC affiliated fans…and what do you think a possible solution is?

SC: One reason is that BC is, relative to Ohio State or Michigan, a small private school in a sea colleges here in the Boston area. A UMass or NU kid is just not going to pull on the maroon and gold sweatshirt and root for the Eagles on Saturday. BC has also developed a rep as a rich kids' school and many of the average Boston sports fans have a hard time warming up to that. Sometimes a special player can transcend all the that, as Flutie did in the 1980s. Ryan had that quality, but his heyday at BC coincided with an unprecedented run of success by the Sox and Pats. His signature win, the comeback at Va. Tech, was on opposite a Sox postseason game. By the time anyone realized what they had in him, he was gone.

BCD: As fans we’ve heard that writers who cover the teams really only have as much access as the coaching staff allows. Under Jags it was rumored as being a sort of pro-feel, and Tom O’Brien apparently wasn’t ever a huge fan of the Boston media. Are those reports correct, and how would you describe the access and feel of Coach Spaz and his staff?

SC: You 're right on Jags' approach. He tried to tailor everything to what he learned in the pros.

Not so true with O'Brien. He was as paranoid as any football coach is when it came to injuries and he could be militaristic in his approach to certain things, but I found him to be pretty candid. He wasn't about to give you his game plan, but if you asked him a fair question he usually gave you a good answer. If he didn't want to answer something, he'd say that and not try to BS you. I liked that. I don't know of anyone in the Boston media with whom he had a poor relationship. As for Spaz, he's been terrific so far. He's accessible and doesn't try to make it seem that he invented the game, or that the game is so complicated that we'd never understand it.

BCD: I wrote you a while back asking you to provide me with your Twitter 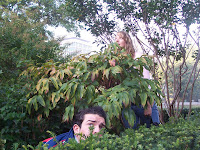 account, but you said that you don’t have one since you’re a self-described technophobe. Is there a good story behind this? Did someone attack you with an MP3 player or something? If you could let me follow you on Twitter, I wouldn’t have to hide out in your front yard bushes to follow you…which is I’m sure you would agree is getting tiresome for both of us.

SC: No good story. I'm just an idiot when it comes to that stuff.

BCD: It’s been quite a wild ride at QB at Boston College the past several years. We go from Matt Ryan to Chris Crane (with the fans calling for Dominique Davis), to Dominique Davis (with the fans calling for Chris Crane to return), to the three-headed monster that is now Justin Tuggle, David Shinskie, and Michael Marscovetra after Davis was suspended for academic reasons and has subsequently transferred. Chase Rettig is the big QB recruit in the wings, along with Josh Bordner fighting to show what he’s got in 2010.

As crazy as this year has been at the QB position, next year we get two more thrown in the pot. If you were to take a shot, how do you think the depth chart will shake out next year?

SC: Right now I'm trying to figure out who the starter will be for Clemson, never mind next year. Everyone is anointing Rettig as the starter for next year and, with him coming in January, he'll have a good shot at winning the job. But look at the situation at NC St. Everyone assumed the Glennon would be taking over this year, but Wilson went out and proved himself to be a solid leader and good QB. I'll take a stab, though:

BCD: This past summer Mark Herzlich was diagnosed with Ewing’s Sarcoma, 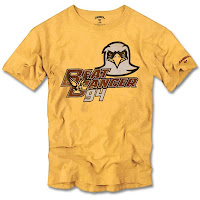 a rare form of bone cancer. Throughout his battle, Mark has remained positive and the early results are good. This past weekend I was touched when I saw the majority of the student section painting their faces in “Herzy Style” along with the “Beat Cancer” (insert picture here) shirt reportedly sold out. Do you think that the team feeds off of this unifying energy?

SC: Not only do they feed off him emotionally, but I think he's been helping out the young linebackers in a more tangible sense, giving pointers, etc.

BCD: A couple weeks ago, we did a draft of the guys who played at BC, but not on the gridiron. If

you had the first pick in that draft, who are you taking, and what position would he play?

SC: If i can go off the board, I'll take Joey Mullen. One of the greatest hockey players of all time. I'd line him up under center as a quarterback.

BCD: Well, it's tough to argue that he doesn't have ice in his veins! I like where your head is at.

While it’s unconfirmed, there have been some strong rumors that suggest that our own Coach Spaziani has been playing dirty by using the special powers his ‘stache provides (strictly prohibited by the NCAA, as we understand it). What sort of a competitive advantage do you think the Spaz Stache gives BC?.


BCD: Every season for as long as I can recall, GDF (Gene DeFilippo) has scheduled a regional 1AA team…er…FCS team…er, whatever. Small fish from the area to play the Eagles. Often if BC does not blow out the opponent, BC is looked at as weak (see UMass in ’07), and if we do take care of business as we did last year vs. Rhode Island and this past weekend vs. Northeastern, we’re looked at as the local bully who shouldn’t be playing such a weak team. It seems as if this is a no win-situation. Should BC continue this sort of scheduling?

SC: A lot of teams do that and, this year, it turned out to be a much needed tuneup for a young squad. While everyone would rather see the Texas Longhorns or someone come in here instead of NU or URI, the simple fact is that it gives the team a breather from a difficult league schedule. 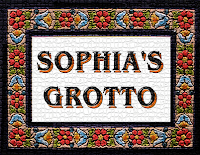 and I love Sophia's Grotto on Roslindale Square (the new Bostonians call it Roslindale Village, but I can't get that past my lips).

The BCDraft blog now my favorite.

BCD: Yes! And our readers thought we wouldn't stoop so low for praise. Boy were they wrong. Seriously. Just watch.

Hey! Check out Eagle in Atlanta, BC Interruption, CBNB, Soaring to Glory, etc.

Last question....we’re going to let you cheat a little here, Steve. The Eagles are now 2-0 and have looked pretty darn good doing so, even if it has been against less than stellar competition. Clemson is coming off of a tough loss at Georgia Tech. Who wins this weekend at Clemson…and what will be BC’s final record in this 2009 season?

SC: I have to go with Clemson this week, but I'll amend my original belief that they'd win five games this year and give them six or maybe even seven. They'll take Wake, Central Michigan, Virginia and Maryland...and judging from UNC's performance at UConn, they might be able to trip up the Heels.

BCD: Thanks again so much for joining us, Steve. We appreciate your great work, particularly your stellar Boston College coverage. Please keep doing a superb job.