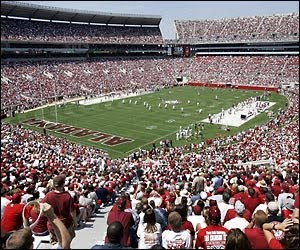 I think it's crappy that they're playing each

other (again) in a bowl game, but at least this time around they get the benefit of a big payout from a BCS bowl game. The really nice thing here is that the winner of this game will, along with the winner of Texas/Bama and Cincy (should they upset UF) have a claim on the national title. If we can get three teams undefeated at the end of the year having played and WON a BCS game, that's pretty compelling stuff for a playoff. 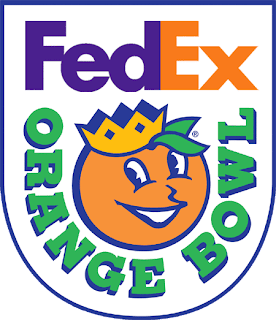 happen in our lifetime? I honestly don't see it. I'm hopeful, but there is just too much money tied up in the operation the way it is setup now. And I hear the argument, but playoffs can just be bowl games, or similar, yes they could, but get 2 non superpowers playing each other in the final game, and you will have some pissed off sponsors. It works out a lot better for them when they can pick the winner, from week one. Sad and true. But that is another topic for another draft.

I choose Iowa/ Georgia Tech as my first draft choice. I like this matchup, both teams have had a great year, and of course I will be pulling for Tech, although both of my parents are alums of Iowa. I think Tech will play a close game but the triple option is just hard to defend, no matter how many extra weeks you get to prepare for it.

Iowa and GT? Are you serious? GT is

boring to watch anyway, and Iowa's offense is as painful as GT's defense. It should be close, but there's not a good chance I'll be watching that game. But hey, at least the ACC got a great draw with the weakest of the weak BCS bowl opponents.

I'm going for the MNC Game here (Hook'em horns!!!). Texas is one of my favorite teams outside of BC as my sister went there for law school, and Austin is just a great college town.

Bama is a very well coached team that doesn't allow mistakes on their end to beat themselves...but is Texas good enough to do that? I think they are. We'll have to see.

4W) BC/ USC
Mike you like Texas Bama? I honestly was

hoping for a TCU/Bama matchup.. I unfortunately am not overly thrilled for this game at all, I sense a replay of last years Florida/Oklahoma game. We will see though.

Partial? Yes I am.. But there is more to this game than just an overachiving BC team, and an underachiving USC. These teams matchup in about 2 years for regular season play, and both gain more exposure on the opposite coasts. With most pundits choosing USC already, BC will come in as an underdog, but BC plays that role quite well. 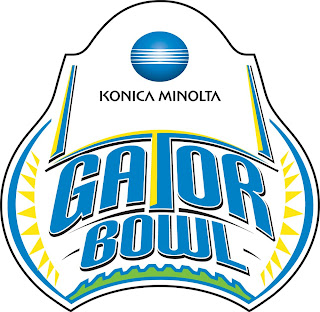 homer as well, but I think I would enjoy that game regardless of my homerness.

For my pick here, I'm going with the Bobby Bowden Bowl...err...Gator Bowl. Let's first point out the funniest part about the Gator Bowl was that it pissed off the Clemson fans something fierce because they felt like they were a better team, with a better record, that had beaten FSU that year. Sound familiar, Chick-Fil-A bowl?

That stuff aside, it will be interesting to see FSU play WVU. FSU's biggest issue is wrapping up tackles, so they'll have their hands full with Noel Devine. WVU hasn't faced an offense half as good as FSU's this year, so expect this one to be a barn-burner. I think both teams will be in the mid-40's at a minimum. Should be fun to watch. 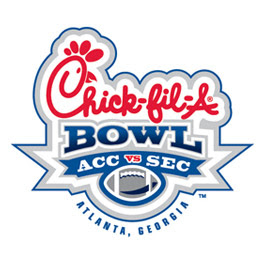 that whole bowl process... Although delighted to go spend my Christmas day in San Francisco, Napa and the rest they were 6-6, enough said.
Tennessee as much as it pains me to say it , finished the season off strong, and I believe they were #2 in their division behind Florida. Virginia Tech somewhat fizzled out towards the end of the year, I like the mismatch of this game, as these teams will do completely opposite things to try to win this game.

As I've said before, I really hold no ill-will

towards NBE members USF, Cincy, etc. I watched Cincy's first game this year and have been sold ever since. I honestly believe that they deserve a shot at the title game...but so do Texas, 'Bama, and TCU (and maybe even Boise State).

Florida's non-conference schedule was beyond laughable: Charleston Southern, Troy, FIU, and FSU. Bama beat them pretty soundly and Tim Tebow simply isn't the same QB he was prior to the concussion. I know Cincy is the underdog here but I would have fully expected them to win if Brian Kelly were still the HC. Will they still pull it off even though "BK" is in South Bend now? That's worth a watch if you ask me.

8W) LSU / Penn State
Can I call this the battle of the overrateds? 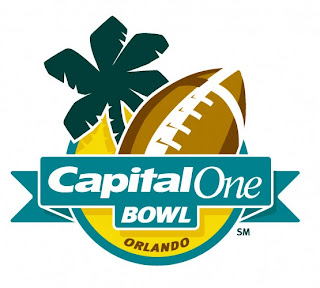 Or would that offend some people ?
Oh well I guess I already did, both of these teams didn't impress me much, although both are STACKED with talent, seems like both came very short of thier preseason goals. Much like VT/ Tenn this is a mismatch of ways to win. But should be very interesting to watch.

Both Oregon and Ohio State got a LOT 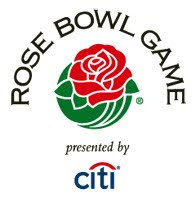 better after they stopped playing other teams not in their conference. How the Big10 got two BCS nods is still perplexing to me, but in any event, you have the battle of two teams that looked great in-conference and lousy out.

SOMEONE's got to win, and my money is on Oregon..because "winning" and "BCS" don't usually go together with "Ohio State".

10W) Miami / Wisconsin
Who is the U? It seems like they had 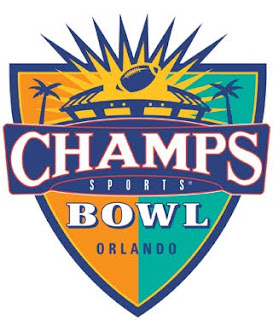 multiple identities this year, one was Jacory Harris leading great drives , showing off his polished arm, the other played in the loss to North Carolina. I think Miami is coming back around, just slower than most would anticipate.
On the other side Wisconsin was just quitely a good team in the Big Ten. But has had a problem getting over the hump from good to great, as you probably already know, Good is the enemy to great, but once again, that is a post for another day.. This battle of good teams trying to become Great ones will be a good one.