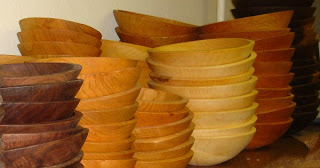 the big winner!!! Man, do I love Vegas. I love Vegas so much they could call it the Diamond Ferri Las Vegas Bowl featuring UNJ and UCan’t and I’d still be in line waiting to go. What’s that? I *have* to go to the bowl game? Oh, well, screw that. But I do love me some Vegas something fierce. Ugh…just talking about this makes me want to get back! Seriously though, what a location for a bowl game…you win, you go out and party with friends and eat amazing meals. You lose, you go drinkin’ hard at a dollar beer place and gamble until you can’t be mad any longer, and park yourself in front of a $2.99 filet mignon. Win-win all around.

I am going to show my true roots here and choose Poinsettia bowl in San Diego.
Seriously, if you have been to San Diego you know what I mean, perfect weather, plenty to see and do.
Brings in the west coast crowd, can always make a short trip down to Mexico , but be careful ( Will have another story
on this at another time ) But overall great experience! 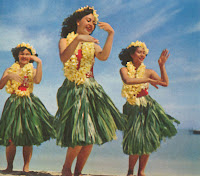 apostrophe at the back end of Hawai’I now. When did this happen? Stupid PC police. We took over your kingdom 116 years ago, we’ll pronounce it any damn way we please.

To be honest, I’ve heard the Hawai'i Rainbow Warrior fans are some of the most brutal around. I’m talking Morgantown brutal. So I’ll say that I would still love to go to Hawai’i for the Sheraton Hawai’i bowl, but only if the Rainbow Warriors aren’t playing. The last thing I need is some angry Samoan beating the living crap out of me in the stands 5,000 miles away from home.


Hawaii , good call Mike.. If only our Eagles could play that game... hmmm Maybe we can 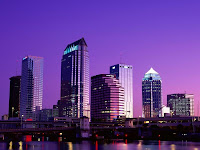 make a couple phone calls.
My next choice I am going with the outback bowl in Tampa Florida.
Tampa kinda reminds me of Jacksonville, just without royally sucking. they have a nice downtown nightlife,
in Y-bor City, and Orlando is only about 2 hrs away, if you wanted to go to DisneyWorld.
Also, who wouldn't want to play in that awesome stadium!?!

Ah, San de AHHHGO. Founded by the French in 1983, loosely

translated….means “A Whale’s Vagina”. Sure, Wesley already took San Diego with the second pick, but I knew there were TWO San Diego bowls to be had! San Diego really is a terrific city, from the Gas Lamp district to downtown and truly all around. The only thing that sucks about San Diego is the cost of living; which is truly absurd. I guess I’m not the only one that thinks San Diego is pretty amazing…bastards driving up the demand on me!

Tighten up your stirrups, and throw on a 10 gallon hat..
BC can defend the Alamo! I think this would be a great trip, and help BC's overall exposure in the
area, an area that they seem to be increasing thier recruiting presence. With plenty of downtown life,
and plenty of touristy events going on. I think San Antonio is a great Bowl location!

Hey, I’ve never been to New Orleans! I hear that post-Katrina that the city is still not quite back and the state itself is still a decade away from being back 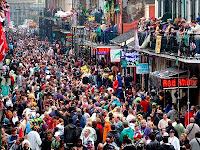 where it once was, but I understand Bourbon Street—where I would undoubtedly spend 100% of my time—is back and better than ever! I also understand that you don’t necessarily want to watch a game at the Superdome if LSU is playing, but seeing how this is the R&L Carriers bowl, the chances of that are pretty stinkin’ remote….I would be fine. Bring me to Bourbon Street, baby!

8) Emerald Nuts Bowl, San Francisco, California
Really Mike? Really New Orleans??
It was great in girls gone wild, but for a bowl game ehhh probably not, after all it is after 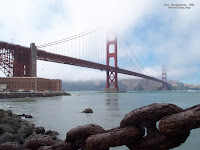 Christmas, and I will probably be short on the singles anyways.
I am shooting for a place that makes everyone happy. San Fran.
You've got a big city with plenty to do, an easy accessible airport, Alcatraz, Muir Woods,
you have napa about an hour away. They play in a Gorgeous stadium @ AT&T park. and
I feel like its a good matchup between ACC/PAC-10

Sure, I have been to Orlando upwards of ten times now….over half of which were for work functions…but I’ve got to tell you—there’s a TON to do in Orlando, and more golf than you can shake a stick at (pun intended). You could bring the kids and go to the amusement parks, or just go to the Adult amusements such as Treasure Island and the like. It’s not super extravagant—but I’ve also never had a bad time in Orlando…so I’m giving it up for the Cap One bowl. Oh—did I mention they have Doug Flutie involved now too? That should snag a couple votes….

But its winter, and what better location than New York? Great place for touristy stuff
And I really like that they are going to play the game in Yankee Stadium. ( And this is coming
from a Red Sox fan) I feel the venue is a really good choice, and NY itself is a great location. This a'int Boise, Idaho!