successful. Yes, the talent you have coming in through the doors is a big part of that, but as is developing that talent, coaching it, and getting the most out of the players you have to work with. Bud Foster you could argue squeezes every iota out of his guys over at Virginia Tech. As much as Frank Beamer is revered in Blacksburg, it’s Bud Foster that most Hokies seem to be star struck by. Being able to get your guys to play with passion and as a team, committed to one goal…well, that’s a pretty tall order, but one that Foster has filled on a regular basis for nearly a decade at Virginia Tech.

When Tommy was released from Auburn, I really questioned Auburns thought 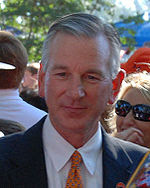 process. I understand the wanting of change, but it was only a few years before when Auburn had outstanding seasons, even in 2004 when he went 100% undefeated and even beat the VT Hokies in the Sugar Bowl. Other than his first season as Head Coach of Auburn he only had 1 losing season.. Pretty Impressive in my mind, that while pretty much Owning Alabama, Auburns biggest rival. But enough of the past. I know Tommy has spent some time doing the media part, but I feel he is ready to rejoin the reigns, and whatever team gets him, will get a great coach.

Mike London’s teams have played good, disciplined football on both sides of the field, but most notably on defense. His record at Richmond is outstanding and until 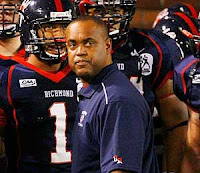 recently, has the nation’s longest winning streak (stretching approximately ~22 games). His stops along the way at William & Mary, Boston College, and UVa, as well as his hometown of the talent-laden area of Hampton, Virginia make him an ideal candidate for a team on the East Coast looking to compete in Virginia. Not obvious enough for ya? He’s the next Head Football coach of the Cavaliers. Write it down.

was unable to get the BIG wins.. but he never had a losing record. And on top of that, he led TULANE to an undefeated season in 1998 (Remember Shaun King?) they were ranked number 7 in the nation! Yes that Tulane! I think Tommy is ready to be back in Coaching next season.. and a team will pick up a repeated winner.

The “U” has it’s swagger back! Well, it did…for a couple moments at least. I’m not 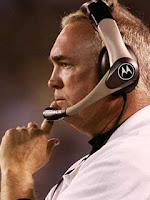 sure that Whipple necessarily has what it takes to be a Head Coach at a BCS school personality and leadership-wise, but it’s pretty clear that the man knows X’s and O’s. Most fans will tell you that they want a guy who is personable and friendly with the media, but I’m here to tell you that being well liked and losing (Jim Zorn) isn’t half as good as being an asshole and winning (Nick Saban). Given what he’s been able to show with Miami’s young talent, he’s got to be on a lot of AD’s interview list now.

After being passed over , repeatedly. Urban Meyer has repeatedly gone to bat for

Charlie on him being one of the best Coordinators in the game. And unfortunately it was rumored that race was a reason for Strong not being a Head Coach somewhere yet. Strong has been a DC at Florida since about 2002, where the Gators have had one of the most stout defenses in the nation. I feel 2010 is the year Strong gets his chance at a head coaching job.. I only wonder where?

What Al has done at Temple is pretty incredible. A team that was once kicked out of 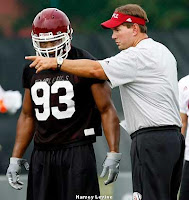 the BigEast now would have a legitimate shot at winning the league, should they have been a member this year (seriously, think about it!). The former Boston College linebackers coach and recruiting coordinator has made his mark in Philly and resurrected the program that was a couple losing seasons away from being dissolved into a possible conference champion. Al is also currently enjoying the “Urban Meyer” effect of “well, hell…if he can do THAT at Utah (Temple), just think of what he can do HERE!!”.

This guy is won a National Championship, thats gotta be good for something right? 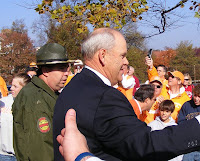 After being replaced at Tennessee by Lane Kiffin, he now is on CBS as a Commentator.. Phil is a good coach, recruiter ,and will help a good team progress.. I think he will be back in coaching next year. And the rumors for him is he will be at Louisville.

and talented players in the nation the past several years. He’s a smart OC who knows the game and knows how to recruit. Those are two pretty darn important things to have if you’re going to be a Head Coach in D1.

After bouncing out of BC, Jags had the short lived title of Offensive Coordinator at Tampa Bay. He was fired right before the season started.. And honestly right now I 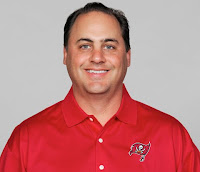 have no clue what Jags is doing right now, there is rumors he is collecting to paychecks from BC and Tampa Bay, and enjoying that life. And there is rumors that he is next in line to take over Louisville. Love him or hate him he was successful at Boston College, and he was out of Tampa Bay before he could be tied to thier losing season this year. If Jags wants to Coach, I feel a place like Louisville may also be a great location.

There isn’t a more well-thought of non-assistant coach out there in D1 right now. Day

was heavily rumored to be Chip Kelly’s #1 choice as Offensive Coordinator at Oregon, but turned the job down to stay with the Eagles (presumably an eventual successor to Spaz?). Day is very successful recruiter and has been instrumental in landing some of the key recruits the Eagles have enjoyed over the past several seasons. He’s been able to learn under different offensive coordinators and will likely become one himself in the short term if he’s not plucked up by another BCS school looking to make waves this offseason.

Coach Fran had a few jumps around coaching : From New Mexico, to TCU , to

Alabama, and then returned back to Texas to coach Texas A&M. After not being able to meet the expectations of the Texas A&M fanbase, he was released. Although Coach Fran has always revealed his want to coach in the state of Texas, there aren't too many openings left, nor any with vacancies. Fran would be a great coach to grab for an up and coming program.. Just wonder who all has him on thier list.