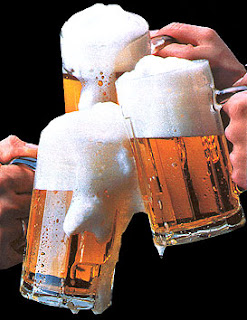 Probably better than football, we know about some waterin' holes.. so let us commence our Boston list.
1M) The Sports Depot

Full disclosure here, that places opens and closes so often that I have no idea if it’s even open any longer. At one point, it even changed into a Seafood place (?) for a couple of months before reverting back. All of that being said, I have always

really liked watching the games at The Sports Depot. The bar set up is fantastic as there are plenty of TV’s around and get this….ROOM to walk around. I really hate being squished in between a ton of people, and at the sports depot you can just walk around the bar to find your game or catch another one if the ten or so you have a current line of site on aren’t doing you justice. Bonus points because it’s a hop, skip, and a jump from campus.

You know when I heard about Roggies, I definitely was thinking something closer to cheers, something kinda homey, not too extravagant, but nice well its actually very different than that, its more of an upbeat, mildly upscale even, place with great food, and great beers on tap. It’s not your typical College hangout, and that’s a good thing. Another plus is Spaz does his weeking press meetings from here. Which I find pretty cool.. All in All Roggies impressed me pretty well, and definitely in the rotation for every time I get back up to Boston.

3M) The Sunset Grille and Tap

This certainly goes into the “after the game” category. Sunset is Brighton Ave and provides easily the best beer selection in Boston. They seriously have an

absolutely insane amount of delicious beers. Don’t trust me? Check out their beer list here. What’s that? You’re used to drinking crappy beer and don’t know what to order? No need to fret, just ask your knowledgeable server—they really do know their stuff….no joke—for a “Flight” (four 5oz glasses) and you’ll get a nice sampling. They also offer yard glasses, but you might want to pass on that….three feet of beer sounds cool, but isn’t terribly easy to drink….and has a high “possible travesty” rating should you get butter fingers with your glass. Stick to the normal glassware and you’ll be fine. A great way to toast an Eagles win or drown your sorrows.

Ok everything that I had in my mind about Roggies, it is MaryAnns. This is no 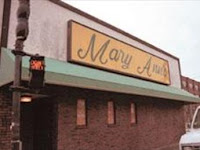 t where people have after dinner martinis.. this is where people come with one thing on their mind.. Pounding drinks. No fancy signs, lighting etc.. you wont see that there. Because it will just distract away from the main agenda.. Operation Tankerstien.

there’s hotter tail to be had. Point of fact: City Side is super convenient walking distance from campus, the food is always pretty darn good, and they LOVE them some BC folks. The TV’s aren’t the best, but the service is usually pretty decent and the drink prices are on-point. I attended many a BC gathering here and they always treated us right. I know it’s not super high on a lot of people’s lists…..but deep down you know you like City Side.

Located across from the only Stadium in Baseball worth mentioning, well 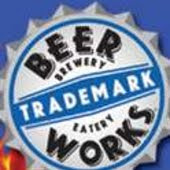 maybe other than the Durham Bulls. But still Fenway is way above that. Boston Beer works, has primo location, and its beer selection is downright amazing.. I have to give credit to BCMike for recommending the Blueberry beer, it was outstanding, and without the recommendation, I definitely wouldn’t have tried it. Great place, inexpensive, great, GREAT Nachos apps etc.

I would have called this joint a tourist trap five years ago, but they sunk a ridiculous amount of dough into the place and have really turned it into quite the

respectable sports bar. Plus, it’s right across from the Beer Works, so you can crab a couple pints of good microbrew pregame, then watch the game at Cask (assuming it’s an away game, and the Sox have already finished up). I wouldn’t go near either Beer Works or Cask until the hardball season is over if you’re looking to watch the Eagles, though. 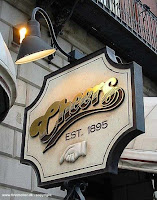 Cause there is a lil tourist in all of us… I am putting Cheers here, just cause, its relationship with the city of Boston.

Cheers? CHEERS? Ugh. A) It’s the Bull & Finch Pub. B) It’s not a great bar anyway, and C) It’s not a sports bar at that. Voters, I ask you automatically DQ

Wesley for this mail-in piece of garbage. Wesley….I knew it was you…you broke my heart….

Let me be the first to say that I think The Fours is VASTLY over-rated. They claim to be the #1 sports bar in the nation according to Sports Illustrated. Well, I’m here to tell you that if you thought the voting in the AP Top 25 was crooked….you ain’t seen nothin’ pal. It’s fine, good, nice etched glass, but really nothing spectacular. Everything is expensive and a little too nice for a sports bar, if you know what I mean. I considered putting Champions here just because I like the location and have caught a handful of games there, but we’re in tallest midget territory at this point.

Located in Faneuil Hall, a great gem of a place with the most tasty beverage , 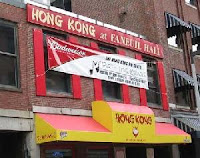 I rarely get to consume. And, once again, credit to BCMike for the recommendation. I am certain we have mentioned the awesome goodness known as the Scorpion bowl before, but it is without question worth mentioning again. After a good BC win, or a devastating BC loss, nothing will cure your problems, or create new ones, quite like a scorpion bowl.