It's tough to be arrogant when someone kicks your ass six times in a row, and seven of the last eight--but Domer Homers somehow manage it.

Throughout the current streak, BC fans have enjoyed sticking it to the Fake Irish in a good 'ol ribbing. Below are our favorite things to bring up in conversation with ND fans.

Have a good one we forgot? Leave it in the comments section below!

I mean what else can you say.. yes I know.. you were good once upon a time..
but now you are just lame.


2M) “I hope you win this year, so we can make this a rivalry game again"

This move is best done with a handshake and a smile, 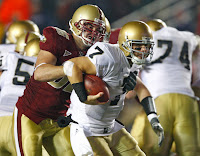 making sure to play up the fact that you really want them to win this year so we can keep it competitive. Elaborate on how much you have enjoyed playing them and talk about how sad you are the the series has been so one-sided in recent years.

3W) Notre Dame, the bermuda triangle of NCAAF, where all the good recruits go to be forgotten.

I have never in my life seen a place get soo many great recruits, and not do
anything with them. I'll give the French credit for thier recruiting ability, they
get some great guys outta HS, it just seems that nothing happens from there

4M) “Oh, man…I always feels so OLD when we play Notre Dame…because I’m so old that I actually remember back when Notre Dame was relevant" 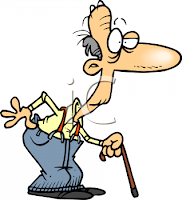 I'm not sure why, but this is one of those lines that just gets under people's skin. I use it on my Yankees friends and it has a similar effect....just about any team that used to be a very good club and had glory days of the past but hasn't done jack lately is prime candidate for this remark.

Feel free to follow up with "No, seriously, back in the day, these guys were really good. It's hard to believe now, I know...but they used to really mean something.” 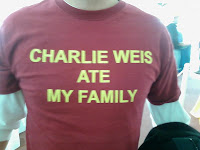 for the ND/BC game. Simple, straightforward, and funny. Even the Domers will get a rise out of this one. Well done, sir.


7W) Overrated.
Well they are! Every year. Every pre season poll, every time they are on the TV
EVERY FREAKING SATURDAY.. Thier Bowl Tie in, ALL OF IT!!! OVER - RATED!!!

8M) The Real Irish are in Boston. I’m pretty sure my ancestor’s boat didn’t dock in Indiana.

This is one of the reasons I started calling them the "Fake Irish" a couple years ago. Now, I understand that not everyone at BC is Irish, nor should they be--it would get awfully boring.

But my point is this...they're named "The Fighting Irish". They're in South Bend, Indiana. For those who have been, you know it's in the middle of nowhere, miles from civilization, and damn sure hundreds of miles from the closest coast. New York, Boston, Philly...all have tons of Irish folks because--get this--THAT'S WHERE THE COAST IS.

Boats don't land in Indiana. BC is the REAL Irish team.

internship
And some things you just cant beat ... way to put it bluntly Linebacker Alumni, We salute you!

10M) It’s a shame you guys are too chicken shit to continue the series. I’m sure UCan’t will provide you with a W instead of the L you’re accustomed to.

Okay, this is just me venting more than anything else. A couple years ago, most ND folks would have downplayed the BC/ND rivalry. It's one of many they might say.

But then BC had the great hoops run back in 2005 when they had won 20 some in a row and of all teams, ND beats us. Our hockey team has a much more storied past and the national championships to show for it...but their hockey teams have given us fits (they've only been back to D1 for 15 years or so, much to their credit).

The point is this: It's a good rivalry. Both schools enjoy it and as the only two D1A Catholic football programs, we SHOULD be playing every year...and it makes me sad that it will all end next season because the Fake Irish backed out.