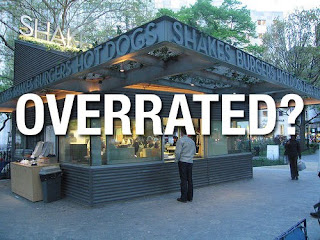 Now I (Wesley) have some personal feelings on the polls, outside of the last week of the season they are irrelevant, and being that I feel that 95% of thier purpose is to drive attendance to games, dictate TV programming, and I guess get people to talk about football, and as I know this isn't something that will change in the very near future, this is just me peeing in the wind.
As a reference point, here are this weeks polls.

So without further hesitation, here are our top 10 draft choices for most overrated in 2009.
Wesley starts this one.

I hate to play the This > this> therefore This proves the team sucked.
But did you happen to watch the Oklahoma/BYU game? BYU owned them, I don't care what the final score was. And then BYU turns around and gets beat by Florida State. Is Bradford good when he is healthy? Of course, yes he will play at the next level. But Oklahoma at number 8 in the nation is just hard to really agree with after that, and to me they haven't really impressed since..

rankings: LSU. Sure, LSU has not lost to anyone yet, but who have they beaten? Any teams above .500? Nope, not a one. The win over 2-2 Washington looks decent, but not amazing. Louisiana Lafayette is of Northeastern caliber. Vandy's only wins have come against Western Carolina and Rice (I bet you didn't know there WAS a Western Carolina, did you!), and is a shell of the team they were last year. Heck, they even needed a goal-line stand at the end of the game vs. Missy State to win last week by four.

Compare what LSU has done thus far to say....what Houston has done. Also undefeated, but with wins over ranked Oklahoma State (AT OKST, no less), Texas Tech (only other loss to Texas), and blew out their one puff pastry in Northwestern State. In what world would "Team A" (LSU) be ranked above "Team B" (Houston)?

Only one that clings to the arbitrary rankings that one uses to start the season, that's where. Seriously, I get that the SEC is a good football conference and everything, but it doesn't mean that every one of their teams is amazing until proven otherwise. I'm frankly sick of it.

Georgia, who isn't really that good either, I expect will blow out LSU at home this weekend.

Mike I couldnt agree more on LSU, I just can't justify being number

4 in the nation when your team barely sneaks away a win from Mississippi State! Mark my words, it could be a long season for LSU, and as they drop out of the polls, they may hit every branch.

My next choice is USC, and really I use a bit more logic on this one. How can a 1 loss team be ranked above sooo many no loss teams? Even if they would have lost to a ranked team, I can understand that , but to not only a unranked team, a team that has been repeatedly the basement dweller of the PAC-10. I guess this is just how the preaseason polls plan in, but dang! It's not fair to the rest of the teams that have a legitimate better team.

"But Mike!" you say. "Penn State was already dropped SO FAR last week for losing to Iowa!!".

True, they were dropped, but not nearly far enough. Penn State lost AT

HOME to an UNRANKED opponent. The pollsters quickly remedied this by giving Iowa a 12 point jump (which in and of itself is a little unjustified), but the fact remains that when you look at Penn State's actual accomplishments, Boston College's are honestly more impressive.

BC has beaten a team in the Sagarin top 50. Penn State hasn't beaten a team inside the top 90 according to the statistical guru. So three wins vs. unbelievably horrible teams (Akron-121, Temple-109, Syracuse-95) , and a BAD loss at home on a national stage as a heavy favorite gets you ranked in the top 15? How's that work again? 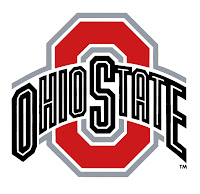 I am going to use almost the same logic I did on USC for Ohio State.

Who have they beaten to become #9 in the nation? Really? who? They lost to USC. And , like I stated, who did they beat? OSU, is repeatedly overrated, and I am guessing that is a topic of future conversation here on BCDraft.

for the ACC, the Big12 (particularly the North) wants Nebraska back up on a pedestal. Here's the thing--they haven't done anything to prove themselves worthy. Sorry, close losses don't exactly help in my book. The "we only lost by ____" arguments are shameful. So you caught VT on a bad day and they still beat you. Wow, that's really something to hang your hat on.

But...but....but they're 3-1 Mike! Only a loss to super-duper VT! How can you count that loss against them so much! Well, because if the team that had big time wins vs. Florida Atlantic, Arkansas State, and the previously mentioned Louisiana Lafayette teams was named "Temple" and not "Nebraska", they wouldn't be sniffing the rankings, would they? 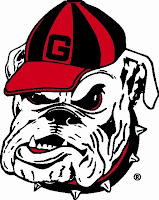 Mike I am going to have to disagree with choosing Nebraska to be overrated. They hung withe a pretty good Va Tech team, only losing by one, and that is in the last few minutes of the game, but other than that, they have been winning convincingly. In my mind Nebraska is in the TBD for now.

These Bulldogs are NOT world beaters.. they BARELY beat South Carolina, Got into a shootout with Arkansas, ARKANSAS. And got backhanded by Oklahoma State 24-10. I truly am excited to see Georgia play LSU, so the battle of the SEC overrated is decided!

Now let it be remembered that I actually like Boise State, despite the

god-awful uniforms. Check that, I don't really like them, but I like what they've done. Anyone who causes people to rethink the BCS system is okay by me.

However, in terms of rankings...does anyone seriously believe that Boise State is a legitimate top five team? Anyone?

I had the painful "pleasure" of watching Boise State play Fresno State the night before the BC/Clemson game, in what can only be described as a cripple fight. Sorry if that offends, but it's seriously the only way to describe that game. Oh--oh I know another one. It was like watching the WNBA. Just butchering an otherwise awesome sport.

Here again the problem isn't so much with Boise State, but rather with the system we have. Win, and you move up...that simple. If you play in a conference like the Big12, SEC, ACC, PAC-10, etc., and you have an off-week (as USC can tell you), the guys you're playing on the other side of the field can smell blood and you're liable to be upset. You just can't play a BAD half of football and expect to turn it on in the second half and get the win.

Boise State can. The opponents they play in-conference are so woefully bad that Boise State can play an awful 3/4 of a game and still turn it on to win. The other teams in the top 25 can't do that. Between their OOC and in-conference scheduling, they're simply not allowed that. Boise had one good win vs. Oregon, and now, barring some sort of monumental upset, they're going to be playing for the national title. Why? Because we start at where you're ranked in the preseason...and if you win, you never drop...regardless of what any other team does.

opponent on Saturday overrated on Friday. But hear me out, I am only going on past experiences. Even though FSU just recently dropped out of the polls, in my mind they are still marginally overrated.
They lost to a better than average Miami team, got Physically PWNED by a speedy USF team. and almost lost to Jacksonville State?? What??
Although a good win over BYU a couple weeks ago helps them in my eyes, I still feel that it should be closer to midseason before consideration to bring them back into the top 25.

That's right, Gator Nation, I'm looking at you. Sure, you've had quite a

run, and really have an outstanding coach and recruiter in Urban Meyer. But guess what, you're not even the best team in your conference, let alone the nation!

That title, in my eyes, belongs to Alabama who has proven itself much more worthy of the top spot than the Gators have. Particularly with Tebow now being questionable after that vicious hit vs. Kentucky (maybe you shouldn't be risking your star player up by 24 vs. an inferior opponent with a quarter left, Urban?), the Gators simply aren't the same team they were a year ago.

Sorry, top five team, sure. No doubt a top ten team. But number one? Sorry, Charlie. Move over and let the Tide Roll in.