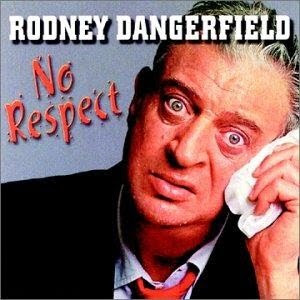 Last week we did over-rated teams...and as requested (see, we really do read our emails!), today we'll do our most under-rated teams.

We'll try not to homer up the picks too much, but no promises. Since I killed Wesley last draft, I'll give him the first go this round:

Killed me in the last one.. haha I gotta let you win sometimes...

Georgia Tech.. I feel your pain, one loss, to in my opinion a REALLY good Miami team, @ Miami. They beat Clemson, North Carolina, and a Decent Mississippi State Team. I really feel like they should be higher than thier ranking of 23. 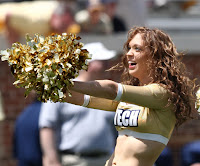 And on top of that , Paul Johnson deserves a lot of credit. We will see how thier next two weeks go as they play a pissed off seminoles team, which I think will be a tough fight. Followed by thier in division Hokies. If they can win both, they should win thier side of the conference.

And yes, I did choose this picture for GT, with almost 3 guys to every girl at GT. They need all the good publicity they can get.

some love in the polls. Sure, their SOS is absurdly bad, but they've looked good beating people. Syracuse, while still a bad team, is never a pushover in their own house and USF handled them well. The victory over FSU was a program-changer, regardless of how you feel about the 'Noles. While the blowout wins over Wofford, WKU, and Charleston Southern aren't going to impress many people, 5-0 is 5-0, and they've frankly looked very good doing it.

Auburn... while they aren't killing the best competition, they are winning, and yes I will

give credit, winning consistently in the SEC isn't an easy task. Although I would have to say that thier win against West Virginia is probably thier best win to date. We will see how far these Tigers go as the year progresses, but thier schedule and thier gameplay will be in thier favor.

Excellent call with Auburn, Wesley. They would have been my next selection.

Houston, a team that many had in their top 5, top

10 got booted unceremoniously out of the top 25 after one loss. Was it a bad loss? Sure, UTEP isn't exactly a powerhouse name, but then again neither was Houston when they beat OU, and OU remain ranked with much less on their resume to keep them there. The UTEP game was one for the offensive record books, btw...1,200 yards total offense, and Houston QB Case Keenum had over 500 yards passing with 5 TD's, no INT's. Yes, the UTEP loss is a bad one, but that's their ONLY loss on the year, and with wins over Texas Tech (only losses to Texas and Houston) and Okie State (only loss to Houston), they should still be ranked, IMO.

Houston has some things to prove, but I agree in your overall deductive reasoning here. 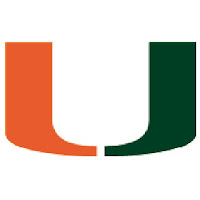 But then I ask another question how much should strength of schedule play?

look at Miami's schedule, arguably one of the toughest in the nation. So after beating 3 top 20 teams before halfway through the season, I have to rank then higher than 11. Especially when teams ranked higher such as OSU and USC haven't even came close to Miami when it comes to quality wins. 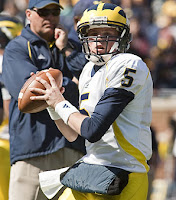 how good they are, it doesn't exactly always show up on paper or in the box scores. As BC fans, we can certainly identify with this.

Now, it's obvious that ND isn't ranked (nor should they be), but Michigan remains their only loss. While I still feel the Big10 is over-rated as a whole, I do think Michigan losing a game in overtime to their in-state rival isn't cause for complete dismissal. I'd have them in the 20's right now if I had a vote in the AP.

Which begs the question...why the hell don't I have a vote in the AP? This blog is...press...sorta...kinda...right?

Michigan is better.. no doubt.. Overly underrated? I am not sure yet.. But soon we will

My pick here is South Carolina. South Carolina I agree, is not a top 10 team.. but they aren't a 25. They beat an overrated #4 Ole Miss team on a Thursday night, for everyone to see, and only have one close loss to Georgia. Not sure why they are only sitting at 25, but the truth will be told this Saturday as they take on Alabama.

Ah, our brothers on the west coast. While John Harbaugh

continues to be an absolute slime-ball of a human being, he's looking like a pretty darn good college football coach.

The Cardinal are now 4-1 after a drubbing of perennial sometimes used to be powerhouse UCLA, going to 3-0 in-conference and at the tippy top of the PAC-10 standings. How about giving the trees some love, voters!

Being only a one loss team, and having a couple good division wins is a lot more than

a good handful of current top 25 can say. It seems the voters are patient to be proven correct of thier preseason bottom dweller of the ACC Atlantic. It's a pretty good job when you can influence your possibility of being right, huh ?

Needless to say the game this Saturday, Against Virginia Tech will prove if I am right, or just wearing my maroon and gold glasses..

And you thought it would be a cold day in hell before I gave the 'Eers some props.

Well, to be fair, so did I. However, after watching the

couch-burners play a couple of games, I have to say I really do think they're a pretty good team. Noel Devine continues to be right near the top (if not at the very top) of the list of RB's I never want to see. Jarrett Brown is a turnover machine, but if the coaches can teach him to be more careful with the ball, UWV is a tough out. Their lone loss was to 5-0 Auburn (#3 on our list here) and that was due in large part to Brown's clown-like five turnover performance. The Eers actually lead the Auburn Tigers in the 4th quarter AT Jordan-Hare stadium, before giving up the W.

Hate to say it, but they're actually a pretty decent team. Between Devine, Jock Sanders, and true frosh Tavon Austin, they have more speed at WR/RB than most SEC schools. No seriously, they do.

But they still can't read, so this post will probably go unappreciated in Morgantown.