Ah, in today's draft worst is best...we're going to be drafting the WORST jerseys in college football. So the more displeasing to the eye, the better. Two rules: the team must have worn them more than once. No using some random comemmorative jersey that was only allowed to see the light of day once. Second, D1 only (or FCS or whatever it's called).

would be. The answer is so obvious, it's like I don't get to have any fun in picking it. The almost-ripened banana yellow Oregon Ducks jersey makes me wonder if this was all just an inside bet from the folks at Nike. As if Phil Knight was tippin' back a Friday before a long weekend and joked that he could get Oregon to wear anything. Anything, Phil? ANYTHING. Monday morning he had to go through with it, and we're left with the not quite ripe 'Nanners. 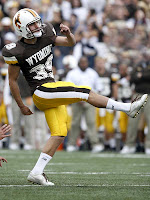 I am trying to come up with some positives for this uniform..

I just can't do it, The Urine Yellow and Poo Brown says everything that needs to be said.

ually like Boise State, aside from playing in the Boise Bowl and having them take

shots at Kiwi's last name. Any team that can beat an OU team (or one of OU caliber, nothing against the Sooners) in a BCS bowl and help the playoff cause I'm all for. But those jerseys aren't helping matters. First, the Bronco looks like a slightly more threatening version of a chess piece. The field is tough enough to look at before you have to try to pick up the blue-on-blue players...but the Orange just makes it look UGLEE. 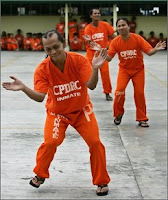 That Orange...Inmate Orange.. I never understood the draw to this color, other than to not get shot when you are out in the woods. If vomit is ever orange, it also looks just like Tennessee Orange.

When was the last time you saw Orange and Maroon together on purpose? Seriously? It's just not a good color combination. I'm not sure you can do anything with the design to make those colors actually look good together. Maybe I just don't like Orange? I'm quite sure our post-season history with them probably doesn't help how I feel about them, either.

Mike , I think you still have some frustrations from the last two 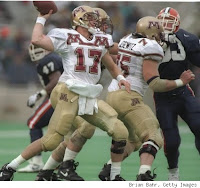 ACC Championships... As do I.. but I really don't think that VTs uniforms are that bad.
I mean... what in the world is going on here?
M M Must mean Major Mistake ., That was a lot of M's
and is that another on thier back?
I get it , its Minnesota...

To be fair, this is an alternate jersey, but one they've worn on more than one occasion. You can see that it's clearly a descendant of the Oregon not quite ripe Nanner jersey....but the difference here is that I'm left wanting a hot dog to go with my mustard. Again, my bias could certainly be playing a part here, but those just look pretty darn ugly to me. 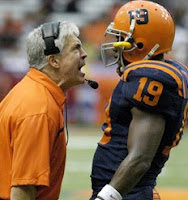 I am all for the throw back look... but this just looks like a middle school interpretation.
Leave it for the Penn States and Alabamas of the world..

What Nike is to Oregon, McDonald's 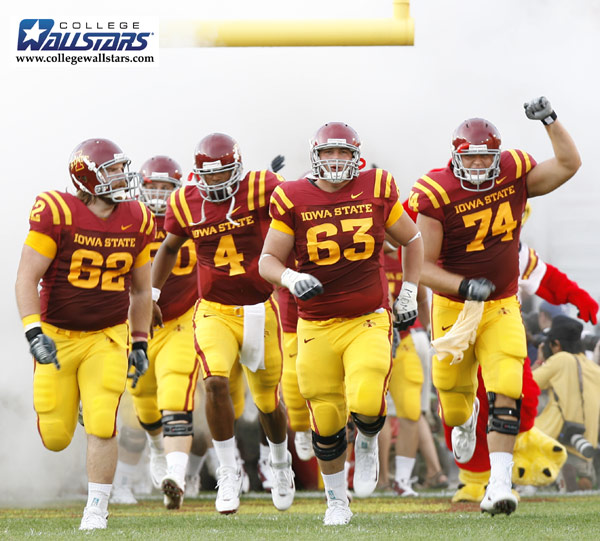 is to Iowa State. I deserve a break today...from these undeniably ugly jerseys. What's really disappointing is that you have so many choices with "Cyclones" and they just somehow manage to suck. The logo is pretty bad as well. Since when is a Cyclone a Cardinal?

Mike, Da da da da Duh.. I'm lovin' it.. I agree ISU is a jersey that screams "I want that Biggie Sized"

But on that note... I am going to have to cheat.. Florida A&M, thier band is good. thier Jerseys... Awful... not sure what fashion designer did this number to them..