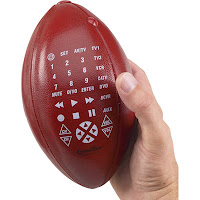 With the College Football slate placed in front of us like a starving refugee looking at a hot juicy steak, we look ahead at the can't miss games of 2009. Taking the BC hat off for just a moment, we look at ALL the CFB games available for consumption, not just BC or ACC games. For the sake of the obvious, no conference championship games, MNC games, etc.

The remote firmly in hand, BCMike has the first selection in 2009. What will it be?

lost out on a tie-breaker to represent the conference as it's BCS contender. You better believe that Texas is still steaming over what happened last year and is out to win over the voters by administering a Texas-sized beat-down of OU. But hold your steer there, fella...there's a Heisman winner QB'ing the other side and Stoops' boys will be one of the best in the nation again in 2009. If I had to watch one game all year, this would be it. Stoops vs. Mack. Sam vs. Colt. OU vs. Texas.

2W) Alabama @ Auburn (Iron Bowl), 11/28
Good call Mike, thats a good one... but I have got to say that the Iron Bowl is a bigger game.. even though this year the red river rivalry will be great.
Ok I HAVE to put this as my first choice.. for minimal reason of me living in this state. 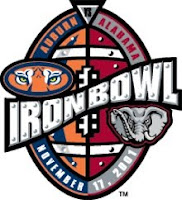 This is a huge Rivalry.. one like I have never seen before in my life..
Although I think Auburn is in a transition period , and Alabama is peaking at this point, believe me there will still be PLENTY of hype to keep you glued to this one.

I have to say that you're right about 'Bama/Auburn being one of the best rivalries. Ohio State / Michigan might be bigger, but it's not interstate like the Iron Bowl is.

At this point in the season, all of the rankings are simply guesses...but that being said, there's only one sure-fire top 10 matchup. VT vs. 'Bama. VT has been carrying the ACC flag for several years now for better or for worse.

Last year, it was clearly for the worse as the Hokies were embarrassed by LSU, effectively removing all credibility from the conference. It's not often that the football gods give you a chance to put right what once went wrong, but VT has that shot in a couple of weeks here in Atlanta.


4W) Miami @ Florida State, 9/7
Mike, I hope we don't see a repeat of last years Bama vs Clemson.
But I agree I like this early SEC/ACC matchup in ATL

Always focus on Game number 1, and take it one game at

a time.. that's what the coaches preach to you... well when you first game is an in state conference rival.. you dwell on it , day in day out , and every practice is lived for it .. I know a lot of people aren't a fan of the first game being a rivalry.. I like it .

You know Wesley, both of those teams are really coming along. While FSU's format is different from a decade ago, I think both FSU and Miami will be much improved in '09. The hatred these teams have for each other always makes for an enjoyable watch. Nice call.

For my selection I'm going to the Midwest. For longer than I care to remember, "THE" Ohio State University has been representing the Big10. The Bucks drew much warranted 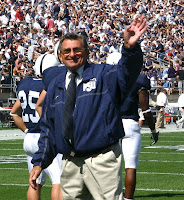 criticism for not playing anyone outside of the state of Ohio for years on end, but have, to their credit, fixed that by adding one legitimate OOC opponent this year in USC (however this powerhouse still plays Toledo, New Mexico State, 113th, 144th overall according to Sagarin) and pesky Navy.

The REAL test, however, will be when the Buckeyes take on the Nittany Lions in Happy Valley. Could this be the changing of the guard in the Big10? The winner of this game will very likely be the BCS torch bearer for the Big10, and possibly a MNC participant if Penn State wins as JoePa's boys have a painfully easy schedule (OOC games vs. Akron, Syracuse, Temple, and Eastern Illinois. YIKES!!).

This will be a very competitive game. When the Sooners come in town. I imagine that Stoops and company wont necessarily bowl over Miami.. Keep an eye on this game.

I'd love to see Miami give OU a game, Wesley...it certainly wasn't one last year in Norman.

Living in Atlanta, I get to hear repeatedly about how amazing UGA is on a near constant basis. I give their fans credit, they are rabid if nothing else. Last year Paul Johnson's crew administered a dose of reality that

nothing lasts forever, not even a seven game winning streak vs. The Wreck. UGA fans are of course chalking the game up to a fluke win and are promising victory in Atlanta in late November despite losing starting QB Matthew Stafford and RB Knowshown Moreno to the first round of the NFL draft this past spring. The Tech nerds kids are saying that this is the way it's going to be from now on, and that they're here to stay. Who wins this one will go a LONG way in the polls let alone the State of Georgia as both teams could be in conference championship games the following week. 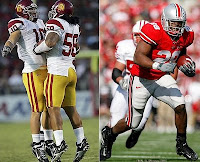 Good call on Georgia /Georgia Tech. Love an in state ACC/SEC game.
OSU is showing back up on the list. And they sure do have some proving to do, esp after last year. OSU will return a great QB in Pryor, and USC put a good amt of players into the pros last year.
Expect this to be a very competitive early game

I feel like that game should be on VH1: "Great teams of the 90's: Where are they now?". Both of those teams are getting by on their reputations if you ask me.

Who's going to be in the BCS title game this year? Well I can tell you one of the teams for sure, depending on the outcome of this game.

The Broncos start the season out with their toughest, and only ranked opponent in Oregon. Oregon's got a solid squad returning and is a 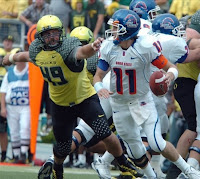 legitimate top 15 team entering the year in my book. Last year, Boise State administered an upset win of the Ducks at Autzen Stadium. Will the Ducks return the favor this year? If not, get ready to see Boise State in the title game this year. Trust me, it can and will happen unless Oregon stops them early. Don't believe me? Check out their schedule and you tell me who is going to beat them. Maybe when a team starts the year outside of the top 25 can you remove them, but not when they start in the top 15.

Yes, I am a BC fan.. I will admit it.. But to admit that these two arent forming an exciting rivalry would be an understatement. over the past few matches.. it has been VERY close going into OT more often than not. I have to say this is one of the fastest BIG games to watch!

By this time in the season, I would bet that both teams will be ranked in the 20s and I can promise you this, that both teams will have this date circled as a turning point, the question will be , which way will they turn?
BCMike- Although 100% Unintentional, did you seem to notice that no BigEast Teams were in this draft?


Ha! That's funny, Wesley. Didn't even notice that until just now. You also appear to be a closet Miami fan, and we're both apparently intrigued by OU and Bama this year.

And yet all of the pundits say we're pining to get back to the Big East...lol.