8/26 Draft: Teams that should be given DAS BOOT from D1 football 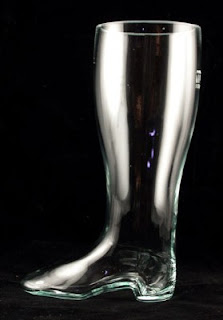 That's right, we've given you a fair shot to compete at a high level, and this just isn't working out. Here are the teams that should be given the boot from D1A competition:

Does North Texas have the worst win/loss record of history? No.. but the fact of the matter is that Texas has 50 teams that actually DO compete.
North Texas has a High School Coach and a High School Football Program .
And what the heck is Mean Green? A Carpet Cleaner?
Watch this point be proven when they play Troy on 10/24.. It is going to get ugly.


Listen, I'm not trying to shoot down your hopes and dreams

here, Golden Flashes, but the fact of the matter is that Kent State has been given PLENTY of time to become a legit D1 player--well over 800 games worth. What do you have to show for yourselves? The 3rd lowest active winning percentage in college football. That's while playing in the MAC, for goodness sakes. The only programs lower are FIU and FAU, and they haven't been playing football since 1888. Sorry, but this program should have it's plug pulled.

South Carolina.. Although I will give them some credit on packing the stadi

um.. I am going to have to say that even with "Great" coaches, they dont seem to be able to produce a consistantly winning program. This seems to be the place where all "good" coaches seem to go die..Even boasting a former Heisman winner in George Rogers can't help this team.. They even went a stint of losing 21 games straight.. and thier win that broke this streak over New Mexico State! (Which would have been my number 11 pick) So Congratulations USCe... YOU JUST WENT DAS BOOT!

When you get the boot from the BigEast, that's really saying 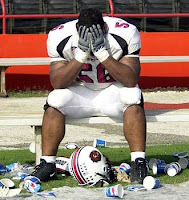 something. The Owls have finally found another conference in the MAC after staying in NCAA purgatory for a couple years (IND). However, things have gotten better for Temple in recent years since bringing in BC Guy Al Golden (Al's five wins last year were the most for the Temple program since a 7-4 season in 1990), but the cumulative performance since 1990--even including Al's upswing the past two years--is 40-163, a winning percentage of under 20%. Time to put this bird down.

Florida International University. What does that even mean?

It sounds like an online college , an outside of having a gang type brawl with Miami a couple years back the only thing Internationally known about this university is being everyone's homecoming.

Utah State did provide us with NFL Pro-Bowler Chris

Cooley, but past that, the Aggies have offered us precious little else. In the past 28 seasons, what do you think the percentage of those seasons that have been WINNING ones? If you guessed just under 8%, you'd be right. That's less than one winning season a decade. Absolutely brutal. The fact that BYU and the University of Utah are now doing very well, I can't say that it's going to get better before it gets worse...if that's at all possible. 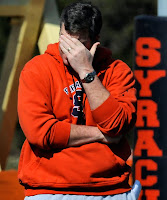 Do away with the carrier dome.. Does this dome with an air conditioner name even have air conditioning? Similar to Temple, The Big East is even getting wary of thier losing ways.

If Syracuse doesn't change its way soon.. DAS BOOT could be coming! 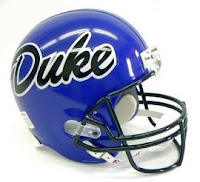 blah blah blah. They're still the laughing stock of college football. Anyone who ever says anything about the ACC being bad ALWAYS brings up Duke. "Yeah, but you guys get to play DUKE every year" (even though sadly BC does not). If there's one thing that the NBE (New Big East for those unfamiliar) has proven, it's that there's an argument to be made for a conference of basketball-only schools that play at the highest level...and just field D2 football squads...which is exactly what Duke has been doing for quite some time. 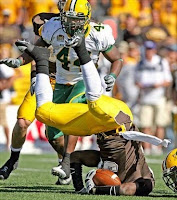 Mike I am going to have to disagree on Duke.. I agree thier record isnt all that great overall, but you have got to give them credit for pushing hard to not get DAS BOOT.. especially as of late.

Not only one of the ugliest uniforms in the game, but thier actual game play isnt much better.

I had to look up thier "Actual Colors" and found its not just gold and brown.. but Wyoming Prairie Gold and Brown..
With a stadium seating right about at 30k I am guessing you can still find some good group seats on the fifty for the season.

What's that? You didn't know UNLV was D1? Apparently neither 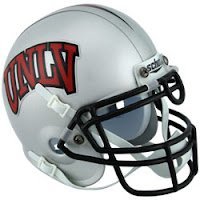 do they. I almost went with Indiana here, but seeing as they still have a player in the NFL (former QB Antwaan Randle El), I had to go for Randal Cunningham's alma mater here.

I also considered Northwestern (sorry, Brian), but at least they have a good excuse, playing in a BCS conference. UNLV isn't playing Ohio State, Michigan, and Wisconsin every year. They're in the Mountain West, yet still have been able to suck with ferocity for years. Since '87, UNLV has managed to have a point differential average of over -107 points per season. Add up all of the winning scores, losing scores, you get a differential. Their average is over a hundred negative for the past 22 years. Time to run the Runnin' Rebels off the field...for good.