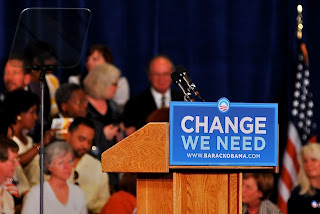 It's been a up and down year for BC, and the one saving grace is that the curtain is certainly closing on the Head Coaching career of Frank
Spaziani.

Coach, thank you for all of your year as a Defensive
Coordinator and we appreciate you stepping up and taking thereigns when
we needed some consistency at the head of our table. We hope you
thoroughly enjoy retirement and visit Alumni Stadium often.

Since Spaz will be gone in a couple weeks, let's focus our attention on who will be replacing the mustachioed one at the Head Coaching spot.

Some are reaches, others would be easy gets.

Despite what you may have heard about him, Mike Leach is a good guy and
one who values education for his players and teams. In fact, while at
Texas Tech, Leach had the Red Raiders leading the country in graduation
rates for a public institution. Now, if you know anything about Texas
Tech‹that accomplishment is that much more impressive.

Leach would bring a long, painfully overdue level of excitement and
energy to TheHeights and create a buzz in Chestnut Hill that hasn?t been
here since Matty Ice and Jags were. Yes, he would likely take a couple
seasons to get ?his guys? in house, but I have no problem believing that
he could take this current team and turn them into a bowl team in his
first year.

I do like the thought of Mike Leach , and I think he would be a fit as well, but I think a some of the whalepants crowd would have a bit of a
problem with Leach, just based on the name, not necessarily anything past
that.

On my choice, I actually am going with Ruffin McNeill, who actually was a
DC under Leach, and is currently the HC at East Carolina. At ECU he has
done some pretty good things, and able to compete with the bigger
programs in the Carolinas. Although he is an ECU Alum, I have to think
that BC could actually give him a pay increase, something that they
couldn'tt necessarily give everyone.

Yes, THAT Steve Logan. He was tied to Jags and dismissed because of his affiliation bit at the end of the day he was, at the supreme least, responsible for one of the best offenses and teams Boston College has ever had.

He did interview for the position when it became open which shows his interest and unlike just about every other possible outside candidate, he know what BC is like and what BC is about.

BCMike as I do like the thought as Steve Logan as a HC, I think it would take an AD change to make that happen, so we may see that opportunity.

I am going with Al Golden, as I liked Golden when he was a candidate in 2009, and went to Miami, but due to the recent issues in Miami, it seems that there may be an out clause for Al pending sanctions, see cbssports article (http://www.cbssports.com/mcc/blogs/entry/6270202/33070687) So we may actually get a second chance at what I think is a very good coach, who has some ties to BC and the NorthEast

I expect Tony to be available after this season and I love his X's and O's.

He's in a borderline unwinable situation on the NFL and while he's likely to be kicked out of Miami he's be a big hot in Chestnut Hill.

I honestly do not know much about Bill O'Brien, outside that he is the current Offensive Coordinator for the Pats and has ties to BC. But there have been current rumors that he has sent GDF multiple emails on how to improve the program and is very interested in the Program, and obviously has ties to the North East

We need to get back to what we traditionally do best and that's the O-Line. Trickett is known as one of the best line guys out there and could help us earn back the title we've so clearly lost.

Currently the Head Coach at the University of Houston, but has coached at at Oklahoma/Texas A&M and Purdue to name a few Sumlin is a tested Head Coach that has a proven track record in a tough area to compete. Although Sumlin doesn't have any ties in the Northeast, I still think he could be successful.

Kirby has followed Nick Saban around for the majority of his career—but wherever he’s gone, he’s helped make teams better. It’s true that Smart has no Head Coaching experience, but that’s why this is not as much of a stretch as some might think. He’s looking for a major program to give him a shot to be a head of a program and I’m sure he would rather have a go of it elsewhere other than the SEC attempting to rebuild a program and going against his alma mater, his mentor’s school, and his former employer (UGA, Alabama, and LSU, respectively), the ACC would be a perfect fit for Smart as he’d be able to stay on the East Coast and likely compete immediately.

This one hasn't really been floated out there, but I think that it should. Butch ran a good program when he was at Central Michigan, and was able to compete with the higher competition, and now he is in Cincinnati and after a rough first year seems to slowly be getting his program in place, I think Butch has some serious potential, and could be a good Head Coach at the Heights!