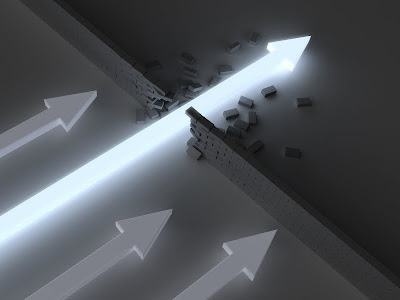 I would like to say that we keep on trying to start a post on the basketball team, but everytime Wesley and I both are able to catch one that's televised, it's another heartbreaker and we just don't care to start off on such a sour note.

We're going to look at guys either coming in fresh or on the roster that are going to have a breakthrough season. What do you think? Leave your comments below.

I think Colin broke out being a player in last year's bowl game vs. Vandy where Dom Davis connected on one of his only completions on the day and Larmond just smoked the secondary on his way to the endzone.

This year, we saw flashes of greatness, as he's consistently able to get behind corners and smoke safeties. He plays the ball exceptionally well in the air when a defender is on him, but seems to have the most trouble with the open catch, the easiest ones where no one else is around and all that's left between him and the endzone is open space. This year with Richie Gunns moving on (hopefully to the NFL!), Larmond is going to have to step up and be the go-to-guy for the QB, be it Shinskie, Marsco, Rettig, or Bordner.

Mike, I like your pick on Larmond, but I really have to pick Coleman. He is an unknown, but everyone that has seen him has nothing but great things to say about him, and I mean EVERYONE! Not only did he give us a great interview, but Traq was just quoted on rivals saying he was thoroughly impressed by his play in the bowl practices. I think we could have a great long term player in Coleman!

The O-Line returns as a strength for the Eagles, despite losing talented late-first 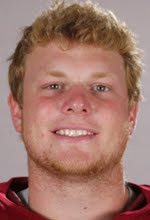 round / early second round NFL draft pick Matt Tennant. The other four remain and will be able to help the Eagles grind out the tough yards with Montel. The question is, who will replace Tennant? Many had speculated that Claibs would move over to the spot and then either Cleary or Goodman would take his guard spot, but in a recent interview Offensive Coordinator Gary Tranquill told Eagle Action's Eric Hoffses that he intended to keep Claibs where he is and move either Richman, Spinney, Cleary, or Davis to the center slot.

Spinney is the only natural center from that group, and after spending last year on the 2-deep as the center, I think he'll be the one to take over for Tennant.

After seeming to fight the injury bug repeatedly as of late, I really feel like Alex will step up and have a tremendous senior season. When Alex has been on the field, he has been a force, and I know he knows that .. Maybe my optimistic side has gotten the best of me on this one, as BC REALLY needs strong DE play this year, and it make sense that Alex be that guy..

Believe it or not, Sid Vicious has used up his eligibility. I was starting to think BC's all-time leading scorer had sold his soul to the NCAA to play forever...

We don't like to admit it as football players or fans, but the kicker is a major factor in many games and scores 20-30% of a team's points. That's big. I think that Freese will step up his game and come in and take off where Sid left off. I'm sure he's got a bigger leg than Sid had, but Sid was reliable inside..let's hope that Nate Freese is as well. If Freese can step up and deliver, we'll have one of the best kicking games in the ACC with Freese and Quigs.

Mike you know, you are right, Freese HAS to step up, there really is not many options. And I believe he redshirted last year? so if successful, we could be covered in the kicking arena for 4 more years. I know as many have seen Freese has a VERY strong leg and may open our options up a bit.

But enough on him, I choose Jim Noel. Jim showed great poise, discipline, ability and plenty of other adjectives last year for being a true frosh. I really feel like he will match up to be our next Kevin Akins, as sort of a DB/LB hybrid which will give us some different looks on defense... which is exactly what we need.. And Jim, if you are reading this, being compared to Akins is a compliment, and I hope for both of us you get used to it, because that means you are doing a tremendous job!

We saw bits and pieces of what Deuce could do last year, but he unfortunately wen

t down with injury part of the way through the year and Montel had to step up his already considerable load.

With another year of college weight lifting and training now under his belt, I think we're going to see a good bit of Finch this year and that's a great thing for both BC and Harris, as Finch is a little more of a pounding type of back that will be able to spell Montel and perhaps help out with short-yardage and goal-line type carries.

Mike, really how did you let me get Clyde this late in the game.Clyde has all the skills, it just needs to translate to play on the field. Last year there was a lot of talk of seeing Lee lined up and his play making ability. And we really didnt see him enough.. making some good plays yes, but he just wasnt in the game enough. hopefully 2010 will be different and we will see Clyde's skills in full effect.

For those who recall, Lawrence shined in the spring game taking back an INT to the

house and tallying an impressive number of tackles. However, the staff must have felt Lawrence was undersized and need a year to bulk up. Many have already plugged Will Thompson into the "open" LB spot next to Herzy and Keeks, but I think that Lawrence is a dark horse here and could really do some damage. Herzy could play SAM, Keeks MIKE, and Lawrence WIL.

Okay, he had a great catch last year, but that was about all that we saw from him last year. I feel that the hype on Jordon will be matched in 2010 by play on the field.
MARK MY WORDS