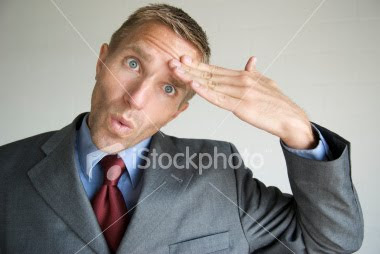 As we look forward to next season, it's fun to look at who is going to step up and perhaps be a big player for our teams and those we play against. However, an equally important point to note is those thorns in the side that are no longer there any longer (thank goodness). 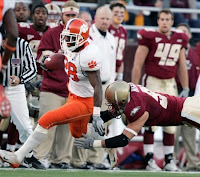 on a punt return, I am sure I have now seen Spiller score on BC in every way conceivable outside of the kicking game (actually kicking field goals and extra points). As happy as Tiger fans were that CJ was coming back for his senior season last year, I'm just as happy to see him finally leave the orange and purple behind for the greener pastures of the the NFL. Sadly, the Tigers' cupboards are far from barren in the backfield, but none of the other players taking Spiller's spot(s) have his unique explosive ability and nose for the endzone. Not many players do.

I will add that CJ Spiller has suffered a little bit from ACC-disease here in the Southeast (SEC territory), much like Matt Ryan did. Now that Spiller, like Ryan, are now out of college and primed to make a big splash in the NFL, the locals are now heaping on praise. Amazing how much better the players get once they're not in the horrific ACC that has no talent, no? I'm rambling here, but here's a real excerpt from a conversation I recently had with a 'Bama acquaintance of mine:

BCMike: "So who do you think will be the first RB taken in the draft this year?"
Bama fan: "CJ Spiller, no doubt. Kid is crazy talented. He's going to be a multi-threat guy wherever he goes. And that speed? Woo-hee!"
BCM: "Wow. Did you think he was the best running back in college football this year?"
Bama fan: "Oh hell no. I wouldn't even put him in the top half of SEC backs."
BCM: *scratches head*

If I were a betting man, I’d have to guess that Riley

Skinner put up over 1,500 yards on Boston College, although BC has beaten Wake Forest every time since 2007, it has been more than just a slight nail biter, last year going into OT. I respect Riley Skinner, and feel like if he gets a chance to play on Sundays he will be successful.

I make no bones about my great disdain for all things 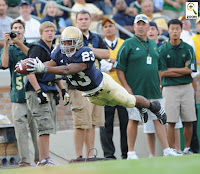 Notre Dame, and that certainly does lead to a good amount of bias. Some of it I think probably offsets the Notre Dame propaganda machine (they're going by the acronym "NBC" nowadays), however I have to give it up for Golden Tate. I will say out of the last ten years, he's one of the few legitimate stars that has lined up on the gridiron for the guys from Indiana Catholic Community College. He's about as skilled as they come athletically and a true play-maker. I think he made Claussen appear much better than he was/is (and on a side note, as a Skins fan, I get literally nauseous at the prospect of that f*cking emu being drafted by my DC boys).

Jason has been a beast for Virgina Tech, as much 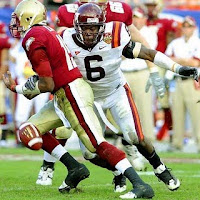 as I hate to admit it, and he’s also been very good at terrifying Boston College Quarterbacks. Fortunately, we won’t have to worry about him any more as Jason will without question be playing on Sundays

The other half to the home run threat that Clemson 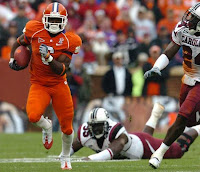 enjoyed these past several years is the speedster Jacoby Ford. It didn't seem that he would hurt BC down the field too terribly often, but he was good for a reverse and a TD seemingly every time out. Having Ford depart step in step with Spiller was a Christmas gift given early to every d-coordinator in the ACC.

6W) Jimmy Clausen, QB, NDNot that I think he is a star, but I was just tired of seeing his face.

Clausen is projected to be one of the first Quarterbacks taken in the draft, I personally don’t see it. He does have great arm strength, but I feel if you can’t be successful in college, how can you succeed in the Pros?

Chancellor was instrumental in helping the Hokies 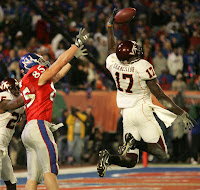 load up the box and stop the BC run. He was an athletic, hard-hitting safety that had enough speed to recover even if the play-action was effective in getting him out of position. VT does seem to grow great hybrid players on trees there in Blacksburg (as I consider Chancellor to be), and Chancellor was no exception. I'm glad we'll be going against some inexperienced starters this season. 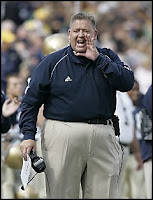 Yes, I know I cheated, but how could we write a list like this and not include Charlie Weis? Not like he Is suffering , and wondering where is next meal is coming from, although I think that may always be a question for Charlie.. but he got a nice buy out, and if he prepared the math was there for him to never have to work again.

Happy not to see Charlie Weis, Wesley? Sure, he's not much to 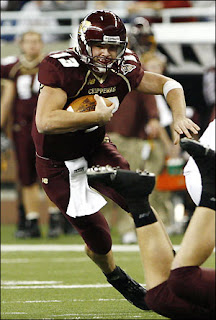 look at, but hiring Kelly and firing Weis was the worst thing that could happen to BC fans. I'll always be in debt for the lower mediocrity that Weis kept his alma mater in for years.

For me, I'll take Dan LeFevour here. Sure, we're not scheduled to play Central Michigan in 2010, but twice is certainly enough. Many remember his heroics which almost cost us a W three years ago (his coming out party), and last season I thought we did a nice job forcing the Chips to beat us in ways other than the LeFevour show, but just the same if you play that guy enough times he's going to lick ya. The CMU chips were a good team last year and you could make a case for that being the best game our Eagles played. Not having to spin that wheel and see if we come up roses again vs. DLF makes me happy. Best of luck to the guy in the Pro's.
10W) Thaddeus Lewis, QB, Duke
Thaddeus Lewis is basically the opposite of Dan 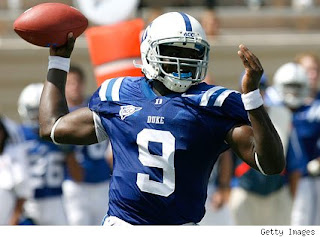 LeFevour for us.Thaddeus has had a very respectable career in Duke, right when we didn’t have to play them. Well now Duke is back in the rotation, and I for one am glad that he is not there.