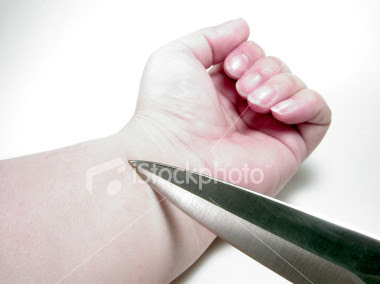 Well Eagles fans, it was another tough day at the office this past weekend.

Ginger finally, after four tries, finally exacts his revenge on BC and took the opportunity to run up the score on the Eagles, something I'm sure the players won't soon forget, let alone the fans.

I had hoped we had seen the end of the Shinskie era, but alas, with Rettig down the staff decided to go with Shinskie. Shinskie played a truly horrific game and seems to be inexplicably somehow getting worse; which is hard to imagine after watching the previous game.

This is on the coaching staff for selecting Shinskie to play this week, as well as starting the season and sticking with him. Everyone, EVERYONE makes mistakes. It's when you stick to your guns and stay with a decision that's clearly wrong that gets you in hot water with your bosses.

Safe to say we're there.

Mike, I honestly don't know if we have seen the last of Shinskie, and I think we both agree that Rettig gives us reason for hope and change ..

But moving on, we have other issues, well a lot of other issues, but this one pairs well with our QB one. We basically have one WR in the starting rotation, who isn't a freshman, and that QB is Momah. last week I complained about his blocking, I honestly didnt get to focus on that during the game, BUTTTTT I did get to focus on his catching ability. 2 passes in the end zone gave me a mild heart attack, and I will actually give Shins credit on both of them., 1st one was the 1st quarter and Momah ran a slant route, Shinskie put it right where he should have, esp for a 6'6" reciever as it hit Momah's hands it fell to the ground and we settle for 3.
Second pass was similar but about from the 15-20 yard line and Shinskie absolutely drilled Momah across the middle, and all Momah had to do was fall toward the end zone, well he did, uhmm kinda.. the ball got tossed out as he fell down stumbling across the line, they reviewed it for awhile, but we were able to get 7.

I’m not in any way arguing that the refs had an impact on the win/loss status of this game, but BC absolutely got worked over by this refereeing crew. On the Keeks fumble recovery, the NC State player clearly never touched the ground, but was being rolled over on top of a BC player. Ball was clearly on the way out before the player’s legs came remotely close to touching the ground.

I’m sure it would have been a case of too little too late, but as there was not a whole lot to cheer for on Saturday, this took one of the best plays by a guy who played his heart out and negated it.

I have to admit, the NC State fans really wanted this one.. We did lay the 52-20 on them last year, and have had thier number since we deported the illegal alien known as TOB. Well if you haven't ever been to Carter Finley Stadium, its a really nice looking, well laid out stadium that holds just about 58K, the place is real tailgate friendly, fans are really into the game etc.. buutttttt for visiting fans they seem to put them right next to an outpost of the student section.. not really the best idea, without drilling into the irrelevant details the NC Staties (approx 10) and a handful of Security, had to patrol the area and kinda ruined the game experience.

The numbers are really pretty damning if you get a punt blocked against you, even more so if that blocked punt directly results in a TD. BC had held NC State to a field goal in their first drive and after the predictable 3-and-out by Shinskie, the last thing we could afford is to have the punt blocked against us.

Many have already weighed in on this, with Eagle in Atlanta calling out the punting team for it’s poor blocking, but I beg to differ. While we always give Quigs a ton of good press on this site, and he easily had one of the best games as an Eagle this past Saturday, I think the majority of the block actually falls on his shoulders. Watching the block back again, there’s just no sense of urgency to get the kick off. Yes, I understand and agree with the fact that we didn’t do a great job with our five guys trying to block seven of theirs (coaching issue there), but Quigs saw the rush coming and kicked at his normal pace directly into the rush.

Again, I want to stress that Quigs had a remarkable game as a whole and has been terrific for us all year, but that one play I think falls on his shoulders more than what most folks are saying.

Let me go on the record here., Right or Wrong, before this game I would say Shinskie should get a nod before Marsco,. And there are several reasons for that. For starters, The coaching staff seems to have a completely different playbook for Shins than Marsco, Marsco only seems to be allowed to do 5 yard patterns or less, Shins seems to have tremendously better arm strength than Marsco, a lot better pocket presence, as he has been sacked 6 times compared to Marsco's 9 in a bit more than twice the playing time. and just generally feel like although Shinskie has shown his lack of decision making ability during his time at the helm, I basically have felt that we live and die by the sword lately.. So as dave has been strugging against NC State not-so-overly-stout pass D He tosses a pick 6.. I basically felt that if the game wasn't already over, that this was the final straw, and Dave should be done for the day and I began to regergitate my Chick-fil-a sandwich.

Good call there, Wesley. By this time, everyone and their brother were calling out for Shinskie to be benched. This was the straw that broke the camel’s back—so in a way I’m almost glad it happened. I didn’t expect to see Dave Shinskie take another snap for BC after the VT debacle, but I was proven wrong by his start this past week. Now I hope my original prediction holds true.

For my 7th overall selection, I’m going with Marsco’s over-throw. While some folks call Marsco “the king of garbage time”, I think you really can’t blame Marsco for when he gets inserted into games. Yes, he’s usually been facing the 2nd team defense when he’s done most of his notable work, but he’s also been having the 2nd team offensive line and 2nd team WR’s to work with as well, so I think that balances things out just a bit.

However, following the nice strike to Alex Amidon for his first career TD (which should have been vs. ND, but the turf monster grabbed him), he followed up by stepping up in the pocket during the rush and sailing the ball well over the WR’s head and easily intercepted by NC State. While he’s shown some good things, Marsco continues to not make the most of his opportunities by forcing the ball on flighty throws where air just gets under his tosses and they become extremely easy to pick off if you’re the other team. I don’t know if arm strength or technique is the issue, but in any event it’s resulting in a good amount of interceptions.

8W) No defensive second half adjustments

Credit to Amidon on the Marsco toss, he without a doubt turned the burners on to get under the ball and just kept pouring it on, everything said, I feel pretty strong for the young players seeing the field lately.
Seeing the cover 2 zone get destroyed by russell wilson was hard enough for the first half. Let me state the obvious here. If a QB throws the ball over 50 times, and almost completes 40.. guess what.. someone has found a vulnerability and has worn it out.. well it seemed to be a 5-7 yard sideline pass.. over and over and over.. you get enough of those in a row and they call that a TD, you get enough TDs in a row and they call that a ballgame. That's what happened. And it was open for the whole game.

While I still hold Gary Tranquill very responsible for much of the offensive woes, I have to say he didn’t call a horrific game last Saturday mainly because he wasn’t really given anything to work with. When he’s setting up the QB to throw five yard screen passes just to get the jitters out and get SOMETHING going and the QB can’t even do that—well, I don’t know how much you can pin on the OC.

Other similar frustrating throws were made when it was 3rd and long and he missed guys 8-10 yards away from the first down marker on a pass that wouldn’t have gotten the job done even if he was able to complete it…which, as we all know, he can’t.

10W) The MM QB playbook
Definitely agree on the screen passes, which I am a fan of, (when completed of course) were completely abysmal against NC St. If they werent way off, they seemed to go right at the DL arms and make the BC faithful gasp for air.

I kinda went over this on #6, but let me delve into it a bit more here. When Marsco is in it seems they take about any deep throw out of the realm of possibility ( the Amidon out pattern is a lone exception) Not sure why this is, but when you are down, you want to see deep tosses, and you want someone to get a true chance to showcase thier ability.. That doesn't seem to be the case when Marsco is in. I'll support any QB that BC puts on the field, any QB. But I don't support the coaches limiting the QB to 5 yard outs, and 70-80% run plays whe you are down 30 points.