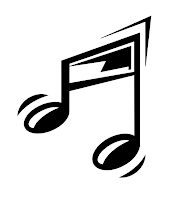 We all use music for sporting events...it gets us excited for the game, cheer during the action, allows us to celebrate after a win, and can even be a comfort after a loss.

ALL tunes available, which would you draft for the BC football team?

The first couple are bound to be pretty obvious, but let's see how things play out. BCMike with the first pick:


1M) "For Boston", performed by The Drop Kick Murphy's

For me, there's not anything else you can play in the history of man to get me more psyched for a game than this version of BC's Fight Song, "For Boston". There's really no explanation necessary.


2W) "Shipping up to Boston", performed by the Drop Kick Murphy's

This was the Mantra of the 2007 season in my mind.. It brings back good memories of Matt Ryan, Dunbar,Silva, etc. While the songs lyrics aren't really much in relation to football , they really pump you up for a BC game, and I don't think I can remember a BC tailgate where Shipping up to Boston, wasn't played.

Listen, I'm not saying that you're going to crank this at your next tailgate or hear it playing after the next Montel Harris touchdown run, but seriously, is there another song that is a better fit for BC football, particularly now as we're in the preseason--the time when we're always told that we're not going to be any good and never really getting any respect. Our opponents find out what it means to us.

I reference one of my favorite player quotes from the past couple years from our very own Richie Gunns: "[other teams] don't respect us, then they wonder why they're losing by 20 points."

This song just sums up the area.. I know its not typically associated with BC,
but its a great song, and an even better drinking song.
"Oh I love that dirty water.... yowww, Boston you're my home"

Hey, we're OL-U for a reason, folks...we know how to run the ball. Sure, we can throw it around with some great QB's as well, but at the heart of it, BC has always been and will always be a team that wants to (and will) run the ball down your throat, imposing our will and demoralizing you.

Baby, we were Born to Run (the ball).


6W) Living on a Prayer, performed by Bon Jovi

I think I saw this little video in 2006 or early 2007? This song isn't going to get you pumped for a game really, nor is it going to accompany a Football highlight film..what it is going to do is just remind you of past close victories, such as the kick over Notre Dame, and Virginia Tech more recently.


7M) Fly like an Eagle, performed by the Steve Miller Band

Definitely one to play AFTER a nice win, the SMB's chill tunes free your tensions as you bask in the glory of yet another Boston College win. No better feeling (especially if it's after beating Indiana Catholic Community College).


8W) State of Massachusetts, performed by the Drop Kick Murphy's

Mike , Great call on Fly like an Eagle! Good , feel good especially after a BC win!
I really am surprised that I am getting this pick, this late in the draft! What a GREAT song to get you pumped for BC ! As always the Murphys have a good Irish tune, but on this one is has a bit more anger etc... I especially like the line.. "I don't predict the future, I don't care about the past!!"This is what it is all about.. going out there with reckless abandon.

9M) Put on your shit kickers, performed by House of Pain

At the end of the day, it's this mentality that allows BC to be successful. It's the JoLonn Dunbar's, it's the Mike McLaughlin's, the Mark Herzlich's...guys who are simply willing to hit you harder than you can hit them. Put on your boots boys and do your work. That's what BC football is all about.

Let me prelude this with yes , I like ALL types of music..
This song just sums up how BC is treated every single year. Lost hopes, forgotten about the previous years, previous accomplishments, and ready to tell us that we can't compete... you know what I say to that?? Y'all must have forgot!!!!!

BCMike drafted: For Boston, RESPECT, Born to Run, Fly Like an Eagle, Put on your shit kickers
Wesley drafted: Shipping up to Boston, Dirty Water, Living on a prayer, State of Mass, Y'all must have forgot