There were a lot of good plays, and there were some not so good. But overall a Win is a win right?
Today we are going to analyze the best plays of the game.
1W) Swat by Isaac Johnson, and Wes Davis recovery

Wow, Just when you thought it was over... it wasn't. Isaac hasn't really got too much

publicity ... yet
But from now on he will be remembered for that game changing swat and Skinners paw, on about the 5 yard line in overtime.. It really was a great move by Isaac to force a fumble , and for Wes Davis to see the ball laying there and cover it up..

I almost expected to see a smiling George Brett on the 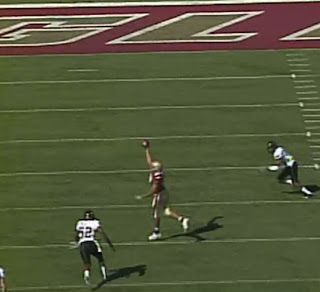 sidelines after this catch. Shinskie threw a great ball where only McMichael could catch it. The big fella through his mitt out and it just stuck. It was throw so hard and looked to be such a near impossible catch that the safety who was coming over to give McMichael a reminder shot of "hey, I was near the play" that DB's often give to recievers that he was forced to buckle his knees and give up on the play after Jordon caught it. He showed great speed, hands, route running...everything you could hope for from your TE. Fantastic pass catching game from McMichael.


3W) Pass across the middle to Colin Larmond Jr. from Shinskie

Mike great call on that one, that was just a great pull from McMichael, what better highlight material could you ask for?

My next choice isn't quite as flashy, but not too far behind. It was a deep route ran by Larmond Jr. On this play, Colin has 2 defenders trailing him, its almost like they knew he was going to get the ball, and there wasn't a thing that they could do about it .. Shinskie placed the ball perfectly, right in the back of the end zone.. where only number 10 could put his hands on it.. It really didnt look like a true freshman pass.. but it was, and a great one at that, and a great grab by Colin.

4M) We found our Quarterback

Shinkskie wasn't perfect, but he was sure pretty darn good. Shinskie 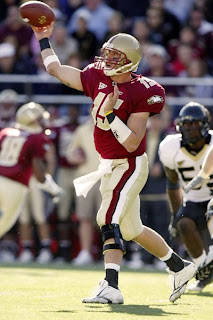 threw for three TD's, only giving the ball away once on a downfield pass. He generally was accurate, and just about always put enough mustard on the ball to get it there in a hurry. Most of his incompletions were away from the defenders; putting the ball where only our guys had a shot at it. It's so nice not to have to worry about who is the QB from here on out. Our starting Quarterback is Dave Shinskie.

If this wasn't the best outing by Haden, I don't remember what 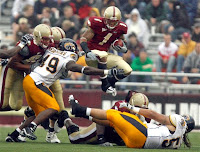 was. He ran the ball, even up the gut more effectively than I can remember him doing.
He had great cuts, and ALWAYS fell forward. Haden was in great form, and right at the time when we needed him to be.

This will probably not be on the top of 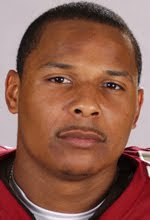 most people's minds, but on BC's first offensive drive, Shinskie held on to the ball a little too long and an uncovered blitzer made his way to the QB and hit him while he was trying to get the ball off. This resulted in a fluttering "500!" ball in the area of Gunnell and Williams. When Gunnell recognized the ball wasn't getting zipped his way, he was able to immediately find where Williams was (in a GREAT position to intercept the ball), made up the ground, and went up for the ball while defending Williams from making the INT in the endzone. Williams actually had two hands on the ball, but Gunnell knocked it down and forced the incompletion, which gave BC a shot to convert a Field Goal on 4th down instead of turning the ball over. Sid made the figgie, BC takes the lead, and our QB doesn't lose confidence. Great play by Richie Gunns.

I cringe when I see a true freshman throw over the middle in the redzone..
I guess its just the lack of space for people to get open, or the linebackers sitting back, trying to snag a pick, im not certain, but it definitely stresses me out. Shinskie did a great job on this, he actually looked at several options , before seeing his TE , Pantale (Pan-tail-e) open about 2 yards into the end zone, he threw a high rocket , and Pantale brought it down.. 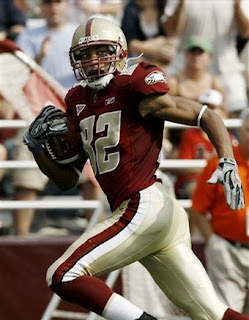 Shinskie started off looking Richie Gunns way six out of his first eight passes (which I think is a good thing, getting him involved early and going to your best WR), but Grobe is a smart coach and started doubling Gunns in the second half. Who is going to step up? Fellow Senior Justin Jarvis has a fantastic day pulling in five catches (all in the 2nd half, IIRC) for 66 yards.

No real Pizazz here, but I think everyone that has been watching this game smiled when they saw this. When you have young and inexperienced QBs, you hope to minimalize forcing anything to work. Well on this play, BC was driving pretty well, and needed to keep the big MO rolling thier way. After Shinskie looked down and saw all his recievers covered, he took it on his own. Now Shinskie definitely doesn't have the best 40 on the team, but he moved ok.. and slid safely beyond the first down marker.

I know we're starting to sound like a broken record on Kuechly, 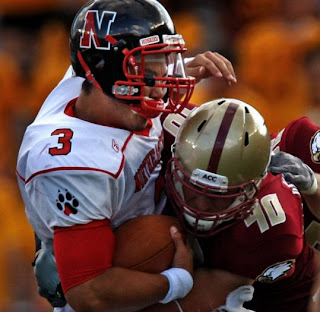 but the kid lead the team in tackles while not playing the whole game on defense. Out of his team-high nine tackles, I counted at least three of them that were on special teams.