Every year when the first depth chart comes out there are some surprises, this is a year with a bit more off season / camp injuries and turbulence than most, so we decided to draft the biggest surprises of the depth chart for the home opener against Northwestern.
You can see the overall depth chart here: http://grfx.cstv.com/photos/schools/bc/sports/m-footbl/auto_pdf/2011-12/depth_chart_event/depth_chart.pdf 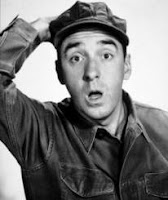 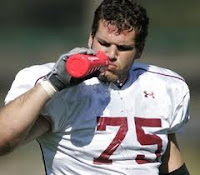 I really expected him to play the first game, maybe I was overly optimistic, but reports sounded good. But the last thing I thought I'd see was him backing up Wetzel at LT, but that is the way the depth chart reads, I am curious if that is just to get him spot work or to confuse us readers.

I don't remember ever seeing a BC depth chart that listed three starting WR's. This gets megiddy thinking about what Rogers has in mind….

Coach Spaz is pretty coy when talking injuries, so younever really understand where you stand as far as injuries, but it seemed that both Montel and Andre could be out of the season opener nursing injuries.

It seems that Andre will be back in time, and starting, although I would expect Tajh Kimble to spell him pretty regularly as Kimble has been VERY highly regarded in practice, and Andre will not want to overextend.

I'll be honest, I don't know much about the kid but I have to admit I always cheer e

xtra hard for the unheralded, low-star and walk-on guys. Here's a player who walked on at BC and despite being a great high school player in Texas at the safety position, had BC move him to WR for his first two years. A couple of off-the-field issues later, and the depth chart for the safety position is a bit of a head-scratcher. Enter Mr. Hughes, who's clearly worked his tail off to the point where his HC is willing to give him the nod against arguably the best QB we've faced in sometime. I'll be cheering extra hard for Hampton to have a big day on Saturday and to make the most of this terrific opportunity.

You know we have been hearing a lot from Canada , better known as MehdiAbdesmad, we knew that he could sneak into the two deep after being an early enrolee, and have heard nothing but great things regarding his motor vision and pure size But we havent heard much from Connor Wujciak, but expect both Connor and Mehdi to get a good amount of playing time, and both should make an impact!

This isn't groundbreaking or completely unexpected, but Clancy does have one more year in the system so I thought he might be the favorite over the younger Devitto.

Mike I agree, I thought that Clancy may get it from Divitto, but Divitto must be pretty stout, and he also has some VERY large shoes to fill at this position!

Now on my pick for Shinskie being our number 2 man, I know that there is an OR for Marscovetra, but the reality is that someone has to take the majority of the snaps with the first team., 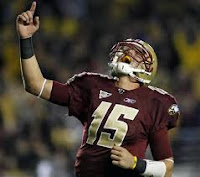 And that has already been done , and done by Shinskie. I am actually good with this , Shiniskie is a capable quarterback, although I of course prefer Rettig , but ability was never the problem when Shinskie was the starter, it was decision making, technique, and staring down receivers. There was a lot of talk of Bordner being number 2, or Marsco , or even our incoming freshman, but our number 2 guy is Shinskie… at least for now, I enjoy the lack of true QB controversy at this point,and hopefully for the duration of the season

I know Bobby has done it, and done it well in the past—however I thought that we would give Amidon and / orMcCaffrey this job, possibly others. It's not that I don't think Bobby can't do it—it's that I think he's one of our most valuable WR's and I don't like the idea of him taking the beating that the position requires.

Mike I think you are wrong on your 8th round pick, that or just getting sloppy, I like Bobby returning kicks, I agree he is a good WR, but I'd rather have him out there in a position we are deep(er) at with WR

Than having Dominique Williams out there in a position we have not much more than a skeleton crew of.

I pick my last pick based on a whew of relief. Jim, Jimmy, whatever you want to call him, is a very talented athlete, and phenomenal in the secondary. I actually preferred him to Legrande last year. ( man its hard to believe he is a Junior)

There was talk , from Spaz of moving him around, and justifying him in a backup role, I much prefer in him in the SS position, and think that's where he needs to stay for the remainder of his career at the heights. 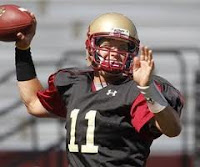 Not as sloppy as I intend on getting this weekend, Wesley!

For my final pick, I'm going with the "Surprise feeling" I had when looking at the QB spot and not having an anxiety attack. Since Matt Ryan I haven't had that feeling. I was trepidatious at best with Crane (who was arguably better than I gave him credit for at the time), always constantly worried about Dominique Davis, and I won't even talk about the other most recent candidates still on the team. Needless to say, it's been entirely too long for us as BC football fans for us to look down at the starting roster…smile, and feel confident about who we have under center.