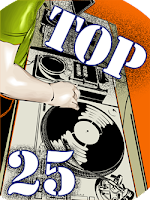 I always want to take the preseason polls with a grain of salt, as no games have been played yet, new coaches are in place, changes in players and schemes aren't really even fully known prior to the summer camps, but this is the first real taste of football that we get, and we are definitely hungry for some football.

Now some people will tell us to not get too worked up with the Preseason polls , because they really don't mean much. Well I tend to agree, without the whole agreeing part. PRESEASON POLLS do matter, whether we like it or not. Preseason polls matter for a number of reasons. If you are in the top 25, you get a tremendous amount of more press, which is basically what about every team wants. More media to cover you, more possibilities of you being on television, etc. If you want to end up high in the rankings, you typically have to start there. Most Championship winners don't start outside of the top 25. But on to the real discussion, who shouldn't be even close to smelling the dogs rectum. 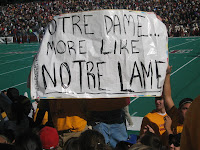 How are you 8-5 in a previous season with some horrible losses, not have a great recruiting year. Have just a 2nd year head coach with a visually harder schedule, and be not only in the top 25, but sitting at 18??

I know they are the media doll , but this is getting past re-damn-diculous. How can every year be the year that they turn the whole ship around? Prove it on the field , and then it should apply to the rankings.

I'm going with Georgia here. There's really no rhyme or reason for the Bull(shit)Dogs to be ranked. They ended the season under .500, lost their two best tailbacks in the

offseason, another player to a DUI I believe, and somehow they're supposedly better overnight. Simply amazing.

Mike I think you left me a good one with Texas still on the board, but I don't blame ya, living in SEC land makes it a great target, so I don't have any issue with your choice. 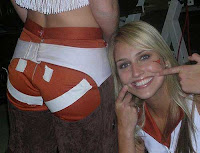 I am going with Texas here.. HAHAHAHA ( ok I am still laughing) How…, in the HADES do you legitimately put Texas in the top 25 preseason? Well we all know that THEY ARE TEXAS.

but still, is this the equivalent of checking C on a test when you don't know the answer? Was this done on a Scantron test? I don't get it .. Was Texas Ranked last year? Hmm.. Nope.. Did they have a stellar record? Hmmm.. Nope ( 5-7 actually) hmm maybe they had some good wins last year anyways? Hmmm nope, actually they could have been rated as one of the worst teams in the state, maybe even worse than the Mean Green and Baylor.. So why Texas? Someone on this Earth needs to explain this to me in grave detail. 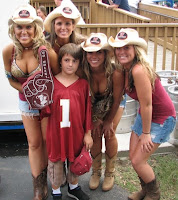 Listen, as an ACC fan I'm happy we have SOME team in the top five, but what has FSU done to deserve this top billing? Remember they didn't even win the conference last year, that was VT (again). New coach? Nope. Easier schedule? Not really.

What's the rationale behind vaulting the 'Noles up the charts? I really don't know. I think this is a solid FSU team and deserves to be in the discussion for top 15ish, but top 5? Sorry Charlie, not buying it.

BCMike, I agree, I like having FSU on top for person reasons of when we play them.. But I don't think its justified either. 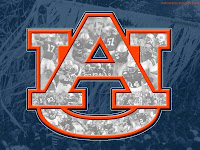 On my fifth pick I am going with Auburn. Auburn won the national championship last year and in the preseason is ranked 19th. Just behind Notre Dame.

Yes I understand Auburn lost a QB, a DT and a slew of others, but they won the national championship last year, and they didn't lose EVERYONE to the draft, have the same coach, etc etc.. So someone please tell me how they are behind a team that went 8-5 last year? Is this the Cam Newton swing? I don't get it. They should be ranked higher after going undefeated in the previous season. But hey that's logic and obviously belongs nowhere near these polls.

Auburn is such a tough one to call. I mean, they lose Newton, Fairley, and others…but did we really know about those guys at this time last year? Who's to say they 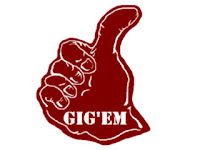 Next I'm going with aTm. The Aggies are somehow in the top ten despite not reaching ten wins last year, something the others sharing the top ten ranking all have achieved. They beat two ranked teams last year—both at home…the rest of the victories weren't quite as impressive including Stephen F. Austin, Florida International, Louisiana Tech, Kansas, and Baylor. Any time they played a ranked opponent on the road or at a neutral site they lost. Listen, I am not saying they're an awful team or anything…but top ten? How'd ya figure?

Mike I agree a 9-4 record in a previous week doesn't (in my mind at least) drop you into the top ten either.

On my call , I am going to go with Mississippi State, Yes 20 isnt that high, but a 9-4 record doesn't really put you at number 20 in my book.

Yes they play in the SEC, but still , I am just thoroughly sick of seeing them in the top 25.

Here again I'm picking on yet another SEC team with yet another 9-4 record. Here's my question for you…what have the Gamecocks done in the offseason to warrant them vaulting up over ten spots from when the season ended? 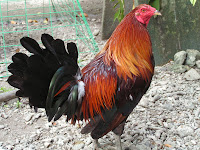 What's that? Stephen Garcia kept his nose clean and didn't get into any trouble? Nope—

certainly not that. Look, I absolutely agree that Alshon Jeffrey is one of the best WR's in the nation and you'd be tough pressed to find a more impressive young back outside of LaMichael James than Lattimore—but are we expecting great strides from these two? Weren't they great last year? How much better are we expecting them to be this year to erase how many of last year's five losses? Let's remember BC had six losses last year, and I don't see anyone putting us on their top 15 ballot either—and before you get all cynical on me I'd argue that Montel and Keeks have more preseason hype than Jeffrey and Lattimore.

BCMike, I am going to have to agree again, I am not sure how you warrant USCe having a top 25 ranking let alone a number 12.

Just to show the lack of love to my state, I am going to be bipartisan and put Alabama up here. But Alabama for the opposite reason of

Auburn, For Alabama being ranked too high.

Number two in the nation , and lost three games the year prior, one being to USCe?And while the everyone left thought process was made to put Auburn at 19, why wasn't that applied to Alabama as well? Who lost Julio Jones, Greg McElroy, Mark Ingram and others?

I'd also like for Bama to look out for State.. That's KENT STATE! Mark my words, KSU will give them a scare for a while in their season opener.

I respect Bo Pelini—really, I do. I respect the tradition, the black shirts, all of that. 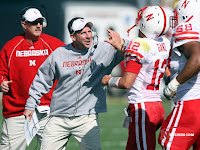 What I don't know is how a team that chalked up a bunch of wins vs. a bunch of nancies (some good ones, too) gets ranked this high in the preseason. Remember, this is their first year in the Big10, and while they may have been the tougher team many times in Big12 contests, that's unlikely to be the case this season.

The Huskers start of the year in traditional fashion, finding as many horrible opponents as possible before they start conference play. They'll have to do battle with the fearsome Hill-Toppers of Western Kentucky, the Vandals of Idaho, and the South Dakota State—say it with me—JACKRABBITS. Wow. I'm sure they'll lose those contests.

See, here's the problem with preseason polls. People that tell you they don't matter are 100% full of shit. Why? Do you think the Huskers are going to lose ANY of those games? Is there even the most remote chance? Of course not. So now you're starting a team at 12 and since pollsters hardly, if ever, move a team down that's winning, but the time the conference schedule hits Nebraska will likely be around 5 or 6.

Yes, they're a good team..but seeding them this high to begin the season will only lead to them being ranked even higher when they don't deserve it by week four of the 2011-2012 season.