With all of this conference realignment talk, we thought we should throw our two cents in, for entertainment value, BCMike and I have gone through and cherry picked some teams that could replace both Clemson and FSU if they were to SECeed. Let us know who you would pick, and why!

We replace a quality with a quality program, that can be a good rival for Boston College, that is also a good regional matchup. Joe Pa may not be there if/ when this were to happen, but I like playing people that we typically have a recruiting battle with, which is another reason why

I really would like PSU to move to the ACC 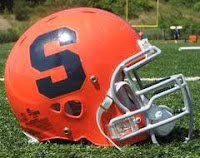 Penn State? Sure, it would be nice for Penn State to leave the B1G, but I don't see that happening at all. For a realistic option here I'll take Syracuse. Syracuse football is on the upswing (tough to go anywhere but up at this point I suppose), 'Cuse hoops is always solid and fits in nicely in the ACC. It's a solid academic institution that graduates players and is located in the northeast corridor, giving us a more regional rivalry game. They were originally supposed to join instead of VT, but with this second round of expansion we take 'Cuse.

academics and a good regional rival as well. Of all the Big East

teams, Pitt is really the only one that I would like to see, sorry Syracuse Orange people.

Sure, they just left one crappy conference for a slightly less smelly conference, but why

not expand the ACC into Texas? This would provide great exposure for the conference for recruiting, plus adds another private, religiously affiliated university. Sure, the basketball isn't up to snuff and the academics aren't quite there (not awful, not great), but TCU has turned itself into a n

ice little powerhouse for football and it would be great to add them to the mix.

5W) Vandy
I like keeping the conference with high academic standards . And more so, rendering the sec pulls non productive as far a numbers go.And Vandy offers good sports and a growth in market area.

If the TCU expansion fails, we use Rice to get into Texas. Another

private school with excellent academics here. Yes, the football and basketball teams have room for improvement but that will come over time. 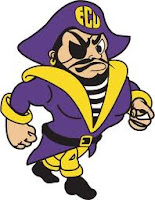 RICE??? Are you serious, you laughed when you typed this.. Lol..

Rice doesn't fit in outside of academia..

Here is one that doesn't fall into the academic side, but the ones that love the geography, ECU doesn't bring any markets in, although they have been strong in

Football as of late that is about all. 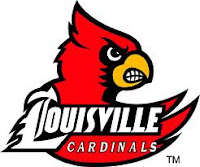 Speaking of laughing and academics….

The LAST thing we need is another member of the North Carolina Mafia. I'll pass on the Pirates.

While L'Ville isn't exactly the shining star of

academics in the bluegrass state—who is? The Cards would bring with them a well-funded, getting better football team with a good HC, plus the Cards also have a strong hoops team year in and year out.

While I think Louisville used to be in the talk of tangible decent football, I think that ship has sailed, they are just one in the manusha better known as the Big East. 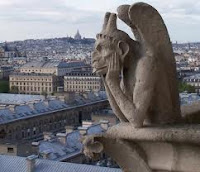 I think we need to be more creative, the ACC doesn't have to be called the ACC, we can definitely grow out of the mold that we are currently in, and I believe that most of the Big East adds no value to the direction that the ACC wants to go.

On my final pick I am going with Notre Dame. Although it would probably be an outside possibilitythat it would actually happen, Notre Dame adds a lot of Value (Viewers) a decent football season, a catholic rival in conference all wrapped up in one. I know some of the Boston College faithful may disagree with this one, but I think this was quite a steal in the 9th round.