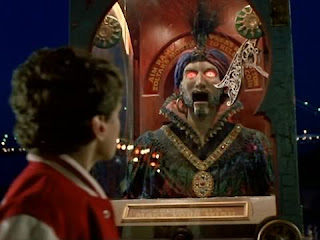 There are only a handful of games left in the season, and only three remaining ACC tilts. With so few games remaining, it's hard to believe the range of possibilities out there that exist for our 2009-2010 BC Football Team. We'll see if we can give you our best glimpse into the future by drafting what we believe to be the most likely outcome to the season.

We did this exercise a couple weeks back on Eagle Action, but unfortunately I can't look up the original post but kudos to the orginator. You know who you are...unless you were binge drinking at the time and have since blacked out...in which case this is our idea and we don't know what you're talking about.

While I have a LOT of respect for CMU and DLF, I really like our Eagles at home. I think they're angry and looking for something to prove. The Chips are coming in confident, but I think we hold up and win.

BC's remaining ACC slate of @ UVA, vs. UNC, and @ Maryland is arguably the weakest schedule of any other ACC team (yes, including GT's vs. Wake and @ Duke) and I believe we'll be favored in all of those remaining contests. I think BC goes 9-3, making it to the 'ship...but coming up short for the third consecutive year to a more talented Coastal division champ. We go to win a lower tier bowl as VT, GT, Miami, and Clemson all get selected to better bowl games.

Something about Virginia, @ Virginia, I do not like. I really cannot put my finger on it . But maybe it's the save Al Groh's tail party? My first prediction is that we play well, Clemson has a loss, and we botch the Virginia game pushing us out of the ACC CG.
Putting us in the EagleBank Bowl against Southern Miss, and Winning.

BC does not control their own destiny....Clemson is the

team in our division that does, as they hold the ever so painful tie-breaker of head-to-head performance. I think that in a similar replay of the 2004 season, BC gets into a tie-breaker and loses the right to advance to the AC3G.

If this happens, BC will likely be bumped down to a sub-par bowl game after a remarkable season and great run to end '09. Tough to get up for that game. BC drops another bowl game to finish the year 9-4.

Central Michigan is a good team, just ask Michigan State. Although Boston College in undefeated at home. BC has some off the field distractions, overlooks a solid CMU team. And gets it handed to them at home on Halloween. Clemson wins out, and BC gets selected for the GMAC bowl in Mobile Alabama against Temple (Temple is 5-2 overall, and 4-0 in Conference, YES THAT TEMPLE) Drawing the lowest crowd ever to a bowl game and causing Mobile to riot.

BC wins out over the underdog competition remaining

and manages to get in to the AC3G. In a tight battle with Georgia Tech, our LB's contain the Jackets' run and force turnovers. In a moderate upset, our boys take down the ACC Championship after being predicted to finish dead last in the ACC Atlantic. Players collectively yell "fuck you, Andre Ware" and dance off the field.

Unfortunately for the Eagles, the Orange Bowl plays host to Big East Champ Cincy who is looking to take out their anger on the world after being passed over by a 1-loss SEC team in the MNCG. Brian Kelly reminds the world that he wanted the BC job and BC gets snowed badly in a BCS bowl game.

UNC destroys BC at home, and then BC travels to Maryland to lose a close game, which solidifies that Clemson gets to go to Tampa. The Eagles get invited to The Emerald Nuts Bowl in San Francisco, and get matched up with Oregon, where they lose badly.

Of all of the teams remaining on BC's schedule, UNC easily scares me the most. Sure, sure, you look at their record in the ACC

Wrong. UNC is just one of those teams we match up very poorly with. While TJ Yates has struggled since entering ACC play, it's not as if he's incapable. Heck, I saw him pick apart our team in person (yet another example of the BCMike attendance curse), so it's not like he has not done it before. As I said before I like our chances in every remaining game, but the UNC will be the one I'm most worried about.

We drop one to UNC, which forces the tie-breaker to come into play with Clemson. CU goes to the AC3G and we're relegated to a mid-level bowl game where we blast our opponent and finish the season ranked.

Dang , I hate even thinking this, but its not out of the realm of possibilities yet, so I will choose it . BC loses the rest of thier games and becomes non bowl elgible for the first time in a long time and the Eagles are stuck at home for the holidays. Although the excuses are plentiful, and the pundits called it, the Eagles are still very unhappy with the results.

Listen, BC is going to be favored in every remaining contest. What's happened when BC's been favored this year? We're undefeated. I know we won't be underdogs vs. UVA of UMD, and if a team that is ranked 26th in the polls is a 5 point dog (it moved) vs. our boys, it's safe to say that the betting public expects us to win these games.

The next step is winning the AC3G. Luckily enough for BC, VT isn't going to make it unless a whole heck of a lot of things happen in the Hokies favor, none of which are particularly likely. If GT DOES happen to drop another game (believe it or not, @ Duke isn't a push-over any longer), Miami could go if they win out as they hold the head to head over GT. Either way, I like our chances better against the Jackets and 'Canes (in that order) than I do vs. the Hokies.

I say BC finds a way to get it done and advances to the Orange Bowl.
When that happens, fortune favors the Eagles as through a series of Championship games, teams who are ranked higher lose and Cincinnati, not being forced to play in such a contest, moves up and squeaks into the MNCG. When this happens, it creates a void in the Orange Bowl and the committee is forced to select the near-top-ten Pitt Panthers. The other possibility is that the OB selects Notre Dame...but I'll pretend like that possibility isn't there for the time being as it gets me too giddy. I digress....

Pitt is a team I believe BC matches up well with. While their 7-1 record looks impressive now, wins are against...get this: Youngstown State, Buffalo, Navy, UCan't, L'Ville, UNJ, and USF. USF is a good win. The rest are garbage. This team lost to NC State.
BC plays in it's first BCS game and ironically enough gets the W over a former BigEast foe.

The team rebounds off a bad loss to Notre Dame and plays thier heart out up until the away game at Maryland, where they just appear to run out of steam. This isn't good because Clemson has suffered another loss, and BC truly controls its own destiny. Hearts a' Broken the Eagles head down to the Meineke Bowl and play a tough Pitt Team and come away with a good win!