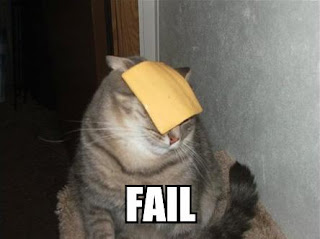 It's hard to see someone fail...especially if that person is yourself. We failed you yesterday by not posting a new article during the weekday for the first time in a little over 10 weeks.

We at BCDraft enjoy figuring out the cause and and figuring out how to fix things when they go wrong...so without further ado.... 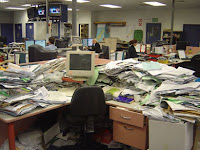 Last time I checked, I don't get paid to blog, If ANYTHING , it costs me to contribute.
so when 8-5 are into full swing, or I have to work late, the real work wins. not the blog work. Sucks for you.

2M) This is the reader's fault

That's right, I'm looking at you. Sure,

PJ helped us out with the sign article idea and Kyle was the brain child behind the Best Plays one, but the rest of you? Slackers! SLACKERS I tell you! You know what your father was, McFly? He was a SLACKER, too.

3W) I really just get tired of talking to Mike 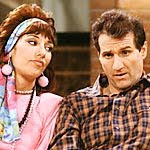 But I get tired of talking to him , EVERY SINGLE DAY.. Its basically like a dysfunctional marriage. where you run out of things to say, or you already know what the other one will say. so you both just don't even aknowledge each other, or throw a unfriendly 'sup thier way.


4M) We were busy securing a special guest

We landed an interview with a very special 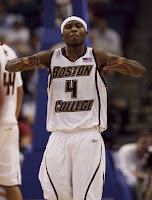 former BC hoopster to help us preview the basketball season. Details to follow, but you can assume it's someone who has played for the Eagles very recently. See? We actually were still working on the blog...even though we didn't work on the blog. *sigh*

This former player has graciously agreed to join us to talk about the 2009-2010 season and reflect back on his BC career. We'll do our best to complete this interview and bring it to you shortly.

We had been close before.. but somehow put something together to post and had it up in a somewhat reasonable time. But for some reason I just wanted to see if we could follow through on our epic fail of just not posting anything. We Succeeded, or we fail, the translation is up to you, our viewers.

In a weird way, this loss was different. It wasn't 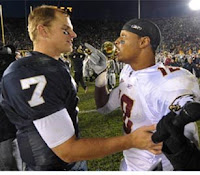 nearly as soul-crushing as the VT and Clemson losses (also probably because I wasn't there, which aided in both A) my access to beer, and B) not being stuck next to fans of the opposing team when you're getting your ass handed to you....which both managed to temper my post-loss angst), but there's an angry fire that came after those losses.

Come Sunday after the VT and Clemson losses, I still wasn't able to write for the blog as I just needed a day away and one to vent. I can't speak for Wesley, but it's not easy for me (and nor do I generally want to) to talk about BC sports with any sort of straight head after a big loss. Yeah, I know I care too much. It's in the header as a disclaimer.

My point being that after the ND loss, you just kind of knew that the better team (that day) won. They deserved to win. Heck, we turned the ball over FIVE TIMES and were still in the running to win the game. We started a true freshman vs. a *cough* *cough* "Heisman" candidate. After all of the close battles we've had with ND where BC squeaked out the win, they absolutely deserved this win. Don't get me wrong, it would have been nice to win and I truthfully despise Notre Dame Football and ~85% of ND fans out there....but there really wasn't the same fire after this ND loss. They deserved to win and did. It was OOC loss for BC, so aside from bragging rights it really didn't mean THAT much in a negative way. The still attainable team goals are unchanged and we look ahead (and hopefully not past CMU). So the fire that was there for the Clemson post-game and VT post-game articles wasn't there...at least for me it wasn't. 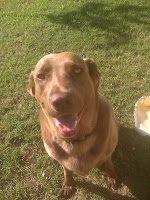 I have a dog, Rocky. I know 99% of you don't care.. But I am telling you anyways.
It was pouring rain out, and Rocky was outside, and he doesn't always understand that he needs to be in the Dog house. (The real kind, not the Mike Ditka kind) So instead of writing some GREAT thoughts for the BCDraft article on Tuesday, I decided to go take care of my responsibilities. NOW DONT YOU ALL FEEL HORRIBLE!!!!

That, and frankly we were both just busy and

when we started to get going on the article (that was supposed to be published yesterday, but that we'll throw up as new matieral), we were--much as most of BC Nation was--side tracked for most of the day trying to figure out from Eagle in Atlanta, BCI, Rivals, Eagle Outsider...ANYONE...what in the world was going on. Unlike a lot of the other great BC sites out there, we're not a...as Brian would say...."news synthesizer". We don't really cover the live breaking stuff...we just got sucked into the vortex like the rest of you.

9W) So we could write this article today.

Mike is sooo good at Marketing, that he could make you think that this was part of the plan.. Well was it ? We really just wanted to let you know that our objective is to get out an article every day , well Mon-Fri. And what better way to explain that , than to skip a day, and explain how it should work.. Mike, he is a marketing genius I tell you!

Listen, we have VERY high expectations of 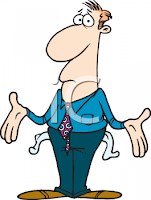 ourselves and this blog.
BWAHAHAHAHHHHAAHA...okay, okay.....just kidding. *Wipes away tear*
But seriously, there ARE topics that we throw out. In fact, we have a "hopper" of sorts where we throw our ideas to be picked up (or die I suppose), and sometimes that well runs a little dry of subjects we would A) Enjoy writing about, and B) Think you might enjoy. So, if you think our posts are lame, just think of the ones that didn't make the cut. Some of them aren't pretty. Go ahead, tell me how much you would have enjoyed "draft your favorite Hasselbeck" piece. And no, Elizabeth doesn't count.

We (okay, I) need to enjoy what we're writing about to churn out anything of decent quality. Fine, what passes for decent quality for government work. Point is, when we didn't really have something that, it's tough to squeeze the creative juices out of a fruit that just isn't there. The good news is that we've come back with a storm of good ones in the hopper now (today's post withstanding), so I think you'll like what's coming down the pike.