And……………we’re back from that brief four and a half month word from our sponsors.

Listen, we admit it.  It’s easy to blog about BC sports when it’s football season (especially when you add in hockey and hoops), but the dead period is just that.  And frankly, we both had the wind taken out of our sails after watching the football team throw up a 4-8 season and extending our streak of not winning a bowl game to….Matt Ryan’s last game.  Yikes.  Anyway, enough about that.  We’re not  here to focus on last year—well not in this post anyway.

This blog post will be about what we’ve been up to during the break and why the break was a good thing.

As a refresher because it has been a minute...Wesley and I "draft" all our topics.  We alternate taking a shot at the best selection.  You can see who's writing what by the "M" or "W" following the draft selection.

Alright, for avid readers of this blog you know I brew, and enjoy good beer.  During the break I brewed four beers: Not Far from India Pale Ale, Orange Lemon Hefeweizen, Hickory Whiskey Stout, and 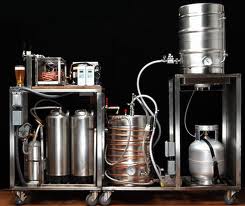 Karamel Oktoberfest.  I actually entered them all in a contest for the first time.  Due to poor judging, I lost.  Although there were 109 entries, there was only one winner (again, not me…not that I’m bitter).

I choose to believe mine finished 2-5.

For what it’s worth, the Karamel Oktoberfest may be one of the best I’ve ever brewed.  I used old school Kraft Caramels melted in a double boiler in the wort (75) plus one solid during the secondary.  Those caramels combined in a light märzen base produced a slightly sweet, boozy but highly drinkable Oktoberfest.  If you’re in Atlanta, stop by and I’ll share…if there’s any left.

2Wesley) Got engagedMaybe this goes hand in hand with beer, somehow.. But Ms.

I typically don’t share personal information on this blog, but I figured life changing events qualified for a good excuse 


3M) We get a new AD!Okay, this isn’t news to anyone out there who likes BC enough to read our dribble here, but I wanted to get out our (my) feelings on this whole thing.   One of Gene’s favorite quotes was to say “things are never as good as they seem, and things are never as bad as

they seem”.  I think this is actually apropos of GDF’s tenure.  There are some things that even the biggest haters of Gene can’t take away: the hockey team did win multiple national titles during his tenure, he moved the school from the BigEast to the ACC, and oversaw a period from the mid 2000’s until late 2000’s that were unmatched in terms of success for all of the teams at one time.

That being said, you also have ammo if you’re a hater.  He meddled in daily coaching activities and put/shoved his nose where it didn’t belong—repeatedly.  He allowed TOB to go (which I’m fine with, it was time for both parties to move on), got into a public pissing match with Jags and forced out a hot coach that had taken BC to The Heights (pardon the pun) of the AP poll and national recognition, but most criminally hired Spaziani who had never coached a game in his life with the title of “Head Coach” until Gene hired him at the age of 68.  The supposed “National” search yielded a safe pick who has effectively run a perennial top 25 team into the ground to the point where we lost to Duke.  At home.  In football.

At the end of the day, there were a lot of good things and a lot of bad things.  Eventually it became apparent it was best for both sides to move on.  To me, I now view GDF in a similar light as TOB.  I’m thankful for what they did here, happy they did what they did for BC, and more than content they have moved on.

Just when I knew I was already tired of school, I took the GMAT…. Twice lol..  And applied to a handful of schools, and decided 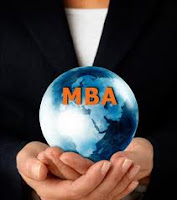 upon James Madison University, and I am slated to graduate in 2014 pending any personal meltdown.
Now stating that, yes it may take a little bit of time away from this blog during the season, but overall we should flow pretty well, but the excuse is already out there.

The wife and I are looking to start a family, but my one condition 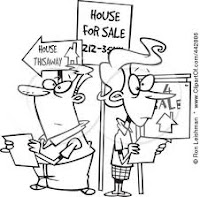 is we get a new house first.  We live in North Buckhead which is a terrific area of Atlanta.  It’s near everything and we truly love living here.  The problem is it’s a condo and we just need more room if we’re going to have a little one (or more) running around.

Why didn’t someone tell me what an insanely brutal process this is?  Not only is the whoring yourself out to the realtors to have them sell your place awful, but attempting to find a home that both my wife and I like has proven to be tougher than sitting through a Frank Spaziani press conference and equally annoying.

I did manage to come up with a pretty good comparison, though.  Basically I feel like house hunting is very, very similar to online dating.  People only post pictures that they think other folks will like, often at odd angles to make things look bigger or smaller.  When you show up and see it for the first time, you’re often left wondering: “What the f*ck is this?  This isn’t what I saw online!” but proceed to waste your time walking around and spending time just trying to make yourself like them so you can justify the time you’ve already invested.

Lastly, viewings are like page views or “winks”.  It’s great that people are interested enough to view you and inquire more, but only dates (offers on the home) actually count for anything.

We’re still in our condo.  I think we might just live in a van down by the river at this point.


6W) Also House hunting...
So because of my life event of getting engaged, and planning a

wedding for this year. I have found out that the house that Rocky (my Labrador retriever) and I share isn’t quite what the future wife would like to live in forever, or even for a week or two lol. So we have been on a full on house hunt for about the last month. Also getting my current house fixed up so it can be sold.

I’m a sucker for sports video games.  I’m sure there’s

going to be a day where I think I’m too old for video games and won’t buy the new college football game the day it comes out…but that day isn’t today.  I have played the EA Sports Franchise a good amount, and after winning a national title or two with BC decided to challenge myself—thus the defensive coordinator at UTSA.

Suffice to say it’s been challenging (although I did just accept a promotion to HC there and we’re now 7-0 six game into my first season, ranked #18 in the AP).  If you ever want to play online, shoot me an invite.  My player tag thing is BCMike22.

You know BCMike, you talked about the new AD, and I have to admit, I liked some things about Gene, but the overall thought of a new AD, and the trickle down effect of a new Head Coach is 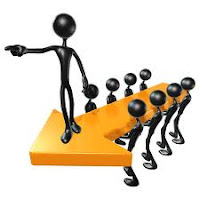 exciting. Yes I am of the belief that it doesn’t matter how well Spaz does this year, he will be out. There are certain subtle hints in this. BC hype up videos with no sight of Spaz. The drop of a key recruit right before the announcement of Gene’s retirement. More interviews of the coordinators (both Martin and McGovern) Spaz will be let go ( in some creative BC way, which tries to save face for both sides) prior to next years season.

9M) I got the negativity out—well, mainly.
I openly admit I care entirely too much about BC sports.  I’m the definition of a fanatic.  Unfortunately that means the highs 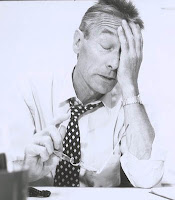 are highs and the lows are low.  This past football season was such a sucker punch to the gut and with Gene publicly backing Spaz I just didn’t see the end in sight.

Now that I’ve had time to heal and we’ve seen a changing of the guard at AD, I feel like this nightmare is going to finally end.  Maybe not today.  Maybe not tomorrow.  But soon, and for the rest of our lives.

10W) Even Blauds has a Blog now

I knew we had to get up off our keyster when I saw Blauds blog (ajerseyguy.com) fired up and pumping out some serious content, that was 100x better than what he did at the globe.

After all of the disapproval I gave on his work there, I have to say the blog is good, and has some pretty good content. So seeing that Blauds has a blog, I err we decided that it was time to kick it in gear and get things back going again.


Who had the better draft of excuses?