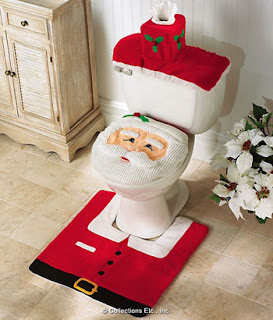 Hey, you knew it was coming. Yesterday we briefed you on the top bowl matchups for the end of the '09 season, and today we go over those you may as well just skip. But who are we kidding...you're going to watch them if they're on TV anyway, aren't you? Why else is Buffalo on Tuesday nights during the year....

The GMAC still has a bowl? I honestly don't understand the logic on this.
Nor do I see it in the matchup. I honestly think this will attract about 1k fans, via an internet feed.

First of all, this is the Humanitarian Bowl, which we all know is played at Boise State...which means blue fields and bleeding eyes for the viewer. Idaho has been one of the worst programs in all of college football for the last decade plus, narollowing escaping being drafted in our "programs that should be given das boot from D1 football" post months back.

Bowling Green isn't a BAD team, but playing Idaho in Boise, I can't imagine any place I'd rather not be more than at this game. No thanks.

This is one of those games that will just be painful to watch.. Uconn battling it out with the Gamecocks.. in Birmingham.. Not one single part of this makes me think Great Matchup, let alone great location. I couldn't even begin to think, who would win this one, or begin to care.. somehow I hope they both lose.

Haha, good call on UCan't. Is it me or does SCar start off strong and sputter at the end of EVERY season? Almost like Clemson...maybe it's in the water...

My pick here goes to the St. Petersburg Bowl (where? who?), played at Jim "I'll hit you 'till you stop crying" Leavitt Field. UCF started off the year with a thud, then won a good number in a row to close strong. New Jersey State also crapped the bed to start the year, then got healthy playing a BigEast schedule with the typical cupcake OOC (Texas Southern, Howard, FIU, Army...and you thought BC's was bad).

Long story short, these are two BAD teams playing BAD football which will just be ugly to watch. Two wrongs don't make a right and these are two crappy teams.


5W) Kentucky / Clemson
Let me preface with saying, this game will sell out.. no doubt about it , Kentucky travels to TN pretty well, and Clemson travels too, so no question in my mind this should be a full stadium.. But I have to wonder if the stadium will be nodding off at halftime. Kentucky without a doubt is having a better than average year, but so is clemson, unfortunately for Kentucky they use different barometers.. and Clemson should win handily.

I don't like to do this very often (okay, who am I kidding, I f'in LOVE TO DO THIS), but I told ya so. At the start of the year, everyone was piling on the Ole Miss love-train. All-Aboard! In my best Lee Corso, I took a pen and shook it at everyone...NOT SO FAST, my friends.

My exact quote to Brian of BCI was something like "Since when did Ole Miss get the USC automatic top five position on name brand alone??". Okie State was a darn fine team with a healthy QB and an eligible Dez Bryant. With those two things gone, they're simply not a very good team.

This is the matchup of two teams that had planned to finish the year with about six less losses collectively. That's just sad, even the winner is a loser here.

So the Blue Raiders made a bowl game? Hmm just when you thought there were too many bowl games.. or not enough, the Blue Raiders of Middle Tennessee make it to a bowl game.. Hey I give them credit, and they definitely could win this one.. But to me the interest level just isnt there.

Lets call this the battle of the directionals.. Remember when Northern Illinois was good? Well this isn't exactly the same team.. Same with South Florida. IN TORONTO.. Roll out the Kindermats kids, its naptime!!

Does anyone else ever forget that Iowa State is in the Big12? I guess every conference needs a whipping boy, but because the Big12 was so stratified this year, the Cyclones from Ames get a shot at a post-season game. They draw Minnesota, yet another also-ran from a down year Big10.

Turn on the PS3 and fire up a blu-ray to save yourself the time and energy here.