1M) The Bloody MaryA tip of the hat to raging alcoholics everywhere as I select the Bloody Mary first overall.

Sure, beer is great in September in Florida, but December in Boston necessitates a different style of tailgating. Besides, when was the last time your day STARTED with a Bloody Mary and you had a BAD day? Seriously? I don’t think it’s possible. I don’t condone drinking nothing but BM’s the whole day, but they’re tough to beat to start the tailgate with. 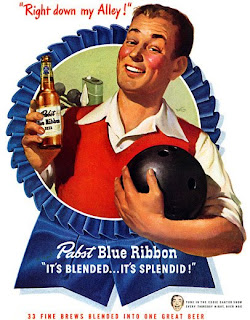 Nothing says you are welcome to drink all the free booze you want, as long as its not what I am drinking, quite like offering someone a PBR. And on top of that, I actually enjoy an ice cold one.

What’s that, NCAA? No alcohol inside the gates? Funny, it sounded like you said I should just bring my own in a flask. Whether being mixed into your favorite soft drink (or hot coffee when it gets cold for a little Irish Coffee) or being nipped right from the flask, Jameson Irish Whiskey is a winner of a pick and I want it on my team. 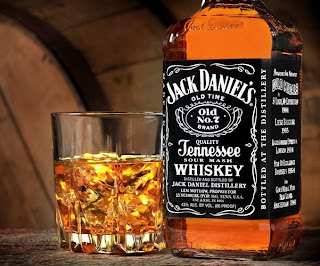 Hey, I live in Alabama, if this wasn't on my list somewhere , I'd be excommunicated or something. Although originating just 60 miles north in the small, DRY city of Lynchburg, Tennessee. Jack Daniels has made its way not only to tailgating events in the south, but all over.. I mean look at this picture, are you thisty already?
5M) Coors Light
I know, Coors Light isn’t a good beer. But hey, I’m a guy who believes there’s a time and a place for all beers and tailgating is where Coors Light belongs. It’s like the Gatorade of the Booze world. Half beer, half water. I’ve never, EVER felt thirst for water after drinking Coors Light. Why? Because the water is built right in, that’s why! Coors Light—the beer to drink when you’re drinking a case.

Mike, I see your Coors Light, and I agree, a much needed refreshing beer , that is light is very ideal. Instead, I am thinking a bit more college based. Something that says, I'm just starting to drink, and I want to get really drunk no matter what it takes..

Shiner has long been one of my favorite beers. Not only is Shiner a delicious brew, but it's not overly heavy despite being on the darker side and providing plenty of flavor. For a tailgating situation where you want a beer to go with your burger or brat, Shiner is my choice.
8W) Lemon Drops
Think about it .. ok now stop thinking that and think again. That's right, nothing helps drunk Bobby get over the loss to App State in the fourth quarter quicker than a drunk Cindy. Or vice versa for that matter.

Ah, nice call with the Ms. in mind there, Wesley. If Momma ain't happy, ain't nobody happy. I guess you could put any fru-fru drink in there as well. Speaking of which, is Cider fru-fru? I guess that's another topic....

I digress. In the late rounds I pick up a player that's only really appreciated at the end of the game: Water. Sure, sure, yuck it up all you like--but plenty of water is the key to a successful day (and night) at the game. It's not a "position player" for sure, but if you want to last well into the game and still have enough hootspa to tackle the after-game social activities, you'll want to have plenty of H2O under your belt.

10W) Soda/Pop/Coke (Depending on your region in the US)
Mike, Oh wise one, taking the water.. Good job , that one is going to be hard to beat. I am going to have to go with Soda/Pop/Coke now I know what you are thinking.. Wesley, that's so uncreative, now hear me out. As good of a pick water is, Soda/Pop/Coke is better. Water only has a few purposes. 1) Hydration 2) Putting out Forest Fires on the Grill 3) Freezing to keep all the beer cold. Granted, all are GREAT things.. but Soda/Pop/Coke is better.

1) Kids love it! Which now makes your tailgate that much more popular, and family friendly
2)Non Drinkers Prefer it.
3) You can mix it with alcohol So everyone wins.