Kiffin shocked the world and went to USC, taking his dad with him, Tennessee is left with no coach. It is late in the game and thier recruits are already being scoped out by other programs to poach, here is a short list that may help Tennessee in thier Coaching search. 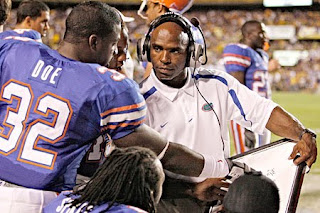 Sure, he’s just accepted the position at Louisville, but that’s only because he couldn’t get a SEC job. Being able to compete in the SEC would probably be a big thing for Strong, and not having to rebuild a program from scratch like he will at L’Ville is something worth entertaining (plus a lot more in the bank)

Although I seriously doubt this would happen, the man won a National Championship there, with a not so great QB, Tee Martin

With Urban Meyer making a miraculous return to the sidelines, it appears that Addazio won’t be the interim head coach at Florida after all. Once again, here the Vols can take the blue print of a winning organization and run with it.

This guy has the history with PeytonManning, a good start @ Duke really, and seems like he can be a real leader. 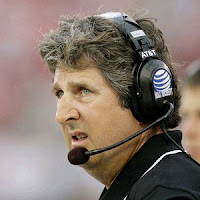 When winning isn’t the most important thing, it’s the only thing, a guy like Mike Leach might just be your guy. Love him or hate him, he’s a great offensive mind and a good football coach. He took Texas Tech from the bowels of the Big12 to competing for championships. What he could do with a halfway decent Tenny team right off the bat is scary.

We already know how he looks in orange, and truthfully , he was a good coach, just never got a break on the important games. I feel he can actually fit in in Knoxville, and would do a great job! 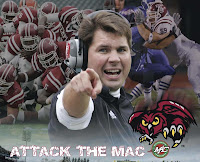 kicked them out (yes, the BigEast kicked someone out!) to a bowl team with a ton of young talent. If he can recruit talent to Temple, he can probably do just fine with the options available to him at Knoxville. Plus, as Eagle in Atlanta stated recently, teams that depart with their head coach under poor conditions tend to go 180 from what they currently have. Golden and Edsall are about as 180 as you can get from Kiffen.

After destroying USCe in the Papa Johns Bowl in Birmingham, he might just have the recipe for success to beat the SEC teams.He has done a good job at UConn, and with the athletes that go to Tennessee, he may be able to do more. But the pressure surely would be on.

9M) Gary Patterson
Patterson has taken the TCU Horned Frogs to national prominence and has averaged one loss per year over the past two years. His great defenses would likely stifle many of the SEC offenses and immediately have Tenny competing for SEC divisional titles.
10W)Jags
Do I think this will really happen? No. Do I find it amusing, well of course. I don’t like Tennessee, I make that no hidden fact. So Jags going to Tennessee would seriously amuse me … and that’s all that matters.
Recap: