This week we were fortunate to get a few minutes of Boston College's new Offensive Coordinator Kevin Rogers to pick his brain a bit on what to expect in 2011. 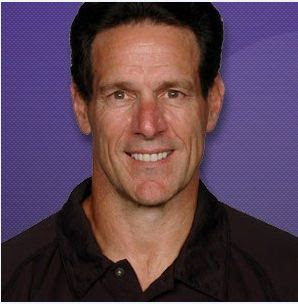 BCDraft) Over the past few years our offensive line, which has been BC's bread and 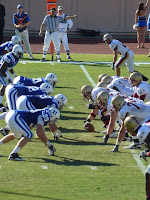 butter, has gone through a lot of changes, from Man, Man-Zone, and back to man, what would be your offensive line scheme?
Kevin Rogers) Every place I have ever been has employed man and zone blocking schemes. We will do the same here. Our biggest job this spring will be to find out what we are capable of doing. We lost three starters to graduation so we have to find out who will fill those voids. Sean Devine is an outstanding offensive line coach and he has a big job in getting our young offensive linemen functional in the system.
BCD) It's early on and surely you haven't managed to get through a ton of tape yet, but from what you've seen early on....are there any players on BC's roster that are jumping out at you that you're looking forward to using on Saturday?
KR) I have not had the opportunity to look at much of our players on tape. Obviously, I have had the opportunity to discuss our players with the offensive staff which has given me a prospective on our personnel. I have also had the opportunity to watch our guys go through the off-season program. Our running backs look like a solid group. I’m sure I will find out quickly where our strengths and weaknesses are once we put the pads on. I have been impressed with the effort that the guys give when they come to work.
BCD) In recruiting, what will your involvement be? What are some traits you look for in a recruit?
KR) As of now I have been involved in speaking to current juniors when they call in to contact the coaches that are their primary recruiters. I’m sure that I will be involved in recruiting all of the players that we recruit on the offensive side of the ball
Traits looked for in a recruit:
Physical attributes of a prospect are specific to the position he plays. When I say physical attributes I talking about size, strength and speed.
Does the prospect fit what we are looking for at BC? Can he make it here academically? Will he represent Our program in a positive way on campus and in the community. The evaluation on tape is the deciding factor if the prospect is a good student and citizen. How productive is he? Does he play like he loves it? How instinctive is he? Is he willing to work at his game mentally and physically? 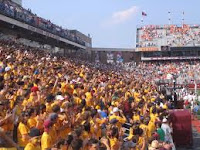 BCD) Kevin, what would you like to see us, the BC fans and alums do to support this team in the upcoming season? We're going to expect a lot out of our Eagles so we want to know what we can do to help

KR) To be the great fans they are. Stay behind us good times and bad. Create a great home field advantage! Be our 12th man.

BCD) Virginia Tech is already an ACC rival to BC, but tell us the truth, have you already circled October 22nd on your calendar?

KR) Had no idea when we were playing VT on that date until your e-mail. Our most important game will be the next game we play.

BCD) Who mentored you, and how would you describe your style of coaching?

KR) I have been very fortunate to work for and with some great coaches. I feel I’ve learned something at every stop. I have never really contemplated my coaching style. I guess I’m just myself. I didn’t get into this business to be miserable. I enjoy being around the coaches and players. I think of coaching the same way I do of parenting. I have three adult children that have turned out very well so I know it’s a good approach.

BCD) BC opens this year against a couple of D1A opponents (FCS) in Northwestern and Central Florida. Would you rather have a couple tune-up games against FBS opponents / smaller conference foes or dive right into the action?

KR) I think the schedule is fair. We should find out what we’re all about quickly. We will be concerned about us, not who we are playing. 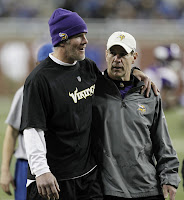 BCD) How many pairs of free Wranglers did Brett Farve give you, and did you ever play football in the rain with him like he does in his commercials? Running in wet jeans always seemed rather uncomfortable to me. What's up with that?

KR) I have received no Wranglers! Brett is cheap! Knowing him, he might play touch football in the rain.

BCD)BC fans are starved for a more exciting offense in 2011. What can you tell us that we have to look forward to?

KR) I’m not one to make bold predictions. I’m looking forward to finding out what our capabilities are. It’s not about the X’s and the O’s-It’s about the Jimmy’s and the Joe’s! Great players make great coaches.

BCD) What made you take the job at BC, and why do you feel you are a good fit? 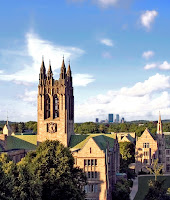 KR) Boston College is a great university with a great tradition in a great city. I’m from the east coast. I’m closer to family and friends. Everyone I met made me feel like I was wanted. During this process Coach Spaziani was very fair and understanding . He’s a good man. I have known Gene Defilippo for some time and I believe he’s as good an AD as there is in the business. I think I’m a good fit for several reasons. I have extensive experience coaching and recruiting in the east. I have coached in the ACC. I think the fact that I have coached in the NFL is also a positive.

BCD) Given your history with Donovan McNabb, Tyrod Taylor, Tavaris Jackson, and others--you have been successful with mobile dual-threat QB's, should BC fans expect 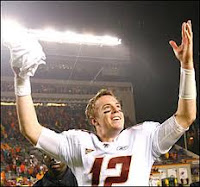 you to try to recruit to that sort of mold of QB, or are you looking to use more drop-back type passers?

KR)The primary physical attribute that you look for in a QB is his ability to throw the ball. It always is an added feature to have an athletic quarterback that has the ability to buy time in the pocket and create his own play. Often times they can create a play better than the one you call. In the end the quality that makes Qbs great is not measured on paper. Do they have the”IT” factor. Matt Ryan and Tom Brady are examples of QBs that have IT

BCD) My wife (BCMike) is a Hokie and was visibly upset when I told her we scored you as our new OC. She said she's very sad and had always hoped you would come back to Blacksburg. I told her: "Nah-nah!!" Correct response?

KR) Looking forward to meeting your wife. Is she from Virginia? I love the Hokies! I had four great years there. People were great to me. There was a lot of rumor and innuendo about me going back there but that’s where it ended.

Kevin, thank you again for your time to share a little insight about yourself and what we as fans can expect in 2011, Best of luck to you!