Well here it is, Bowl Season and we are here to Draft what we feel will be the biggest beatdowns of the post season. If you enjoyed watching General Custard's last stand, tune in to these games, as we predict about the same outcome.

As if being a BC fan isn't tough enough, we get to see the girl slap division of college football put forth their sacrificial lamb to the BCS in the form of a lucky, mediocre, uninspiring heap of meh in the UCan't Huskies. The only folks who are more disappointed in this development than I am are the

OU faithful, who were under the impression that with a great year they would be able to play a premiere team in a huge bowl game with a gigantic TV audience. So, instead of playing—say, a top 15 team and being the only bowl game on that day and scoring HUGE TV ratings (that's what BC gets)—they get the rat turd that is UCan't. While the Sooners certainly won't be trying their hardest against the Puppies, they'll still be able to win this game by forty points with the second-stringers.

I will say this is yet another good reason to abandon the BCS so thanks, Puppies. Any step towards BCS destruction I welcome.

Although, this one I have less reasoning than I do for future picks.. This one is my gut pick. No comment.

If we were in a playoff system, Okie State would be a team I would certainly look long and hard at. They're far from a perfect squad but I think they can play with anyone and they seem to rise to the occasion when playing other major teams in the spotlight. Arizona has vastly improved, but let's face it—they shouldn't be on the same field with the Pokes this year. 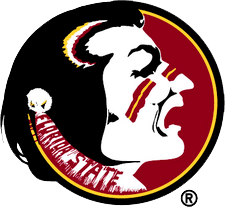 The U is back, the other one.. FSU.. with a solid coach, and a year to get into a system , they are ready.. USC on the other hand was more of a fire cracker.. So I have to say.. Welcome back to Atlanta USC, are you having night terrors from your last visit here against Auburn? The outcome I plan on it being very similar.. on the losing end.

Folks, if you want to see what happens when you steal a twinkie from the biggest guy in the prison and really piss him off—I present to you the Boise State / Utah game. The Utes fooled me and much of America earlier in the year before being exposed as the posterboy for a paper tiger in 2010. Unlike many who think Boise is a flash in the pan, I'm a believer that they're a legit top five team and Boise has shown in the past they have no problem running up the score to prove a point. Expect to see a big point with lots of points in this one.

Wisconsin reminds TCU why they aren't in the BCS… yet.. with a shellacking. Although TCU comes in sitting outside of the bubble of the National Championship, it has its hands full. Wisconsin lost one game this year against MSU, but has been pounding teams week in and week out otherwise..Both Teams are averaging a great spread over their opponents, Wisconsin has done it against a lot better competition.. I see this one getting ugly about 1:31 after kickoff.

7M) Oregon over Auburn
That's right, you heard it here first folks. Yes, Cam Newton is great. Yes, the SEC is amazing and never loses in big games (so I'm told), but no one can keep up with Oregon for four quarters. 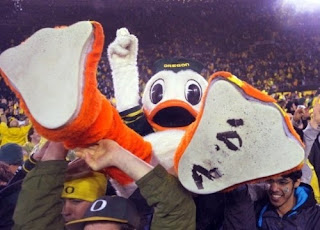 Sure, you can point to the 'Bama game where the Tigers came back from 24 down to win the game—but let me ask you this: Do you think Oregon, up by 24 points to ANYONE would stop scoring? The answer in your head is no. Auburn will keep it close in the first half, but by the end the Ducks will have tuckered out the Tigers and will be scoring big points late in the game and making the final score look much more impressive than the actual game was—but it will be in the books—a shellacking of Auburn by the Ducks.

BCMike, I don't think I can follow up your pick with a great one.. but I think this will surprise some people.. And here is why I think it happens.. This is what you call a shootout.. although Maryland will be unarmed.. ECU has basically proven all year that you have to outscore them to beat them, and by that I mean more than the obvious.. you have to put up in the 30's, 40's 50's and more.. Because they will score.. ECU's D is not great., but Maryland is currently in dismay with the dismissal of Fridge, and rumors of Leach being the replacement, I think the team has lost its personality, and mojo that got them to a bowl game.. The Terps will (turtle up) and get lit up, like the fourth of july by Dominique Davis from ECU.

This is more about 'Cuse not being quite ready to handle the prime-time than anything else. K-State is a bit of a Jekyll & Hyde team, but they have a coach who has been there and knows how to get his guys up for a big game and game plan. I believe this is Marone's first bowl game and it will be interesting to see how they do…but I'm guessing not well. 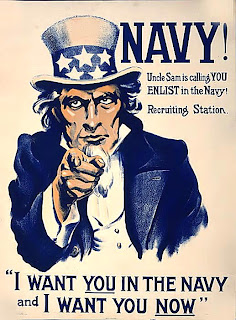 Just like your Waffle House hashbrowns.. This is basically a home game for both teams.. Navy is good.. They really are. Ask ND who got beat 35-17, or ECU who got 76 hung on them.. Navy is a tough opponent, and I think SDSU is going to wonder what it got itself into. SDSU has had a good season, but this is going to spin them into oblivion going into the offseason.